(Some of the original photos were quite blurry.) 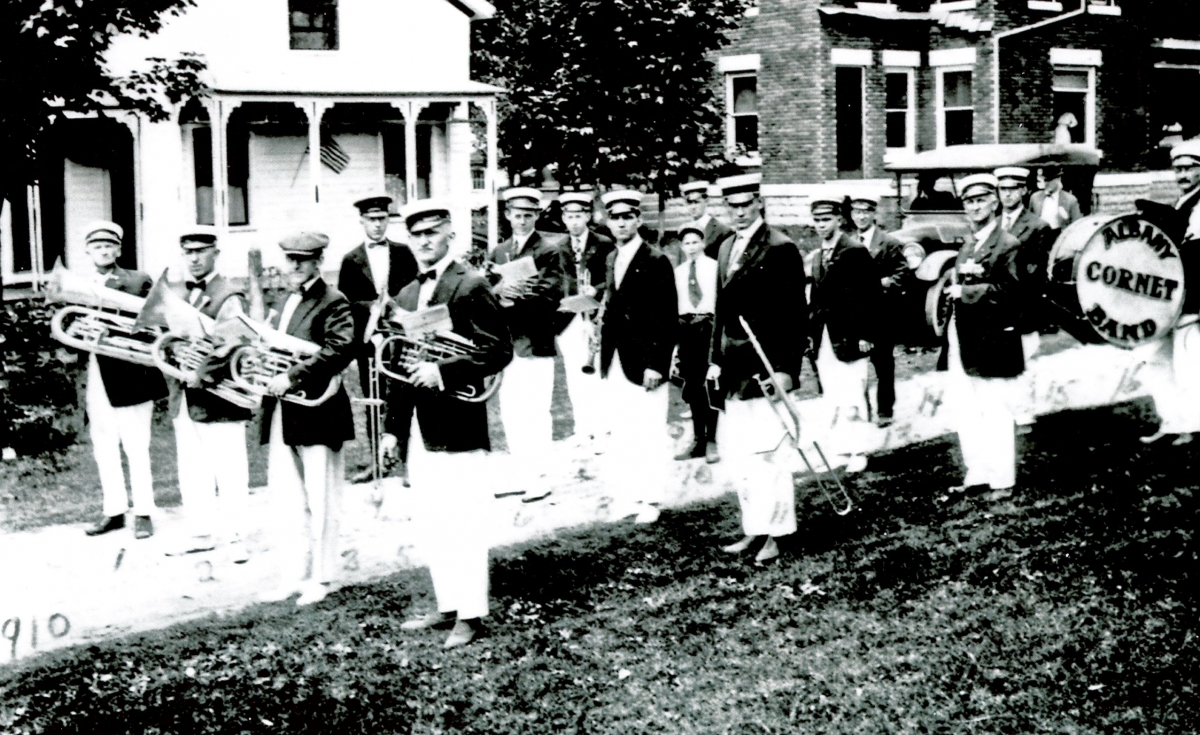 Albany Cornet Band standing at the corner of East and Milwaukee Streets, waiting for the parade to start.  Bands such as this one were very common in many small towns, some of which had more than one local band.  Community bands provided much musical entertainment each year for small towns. 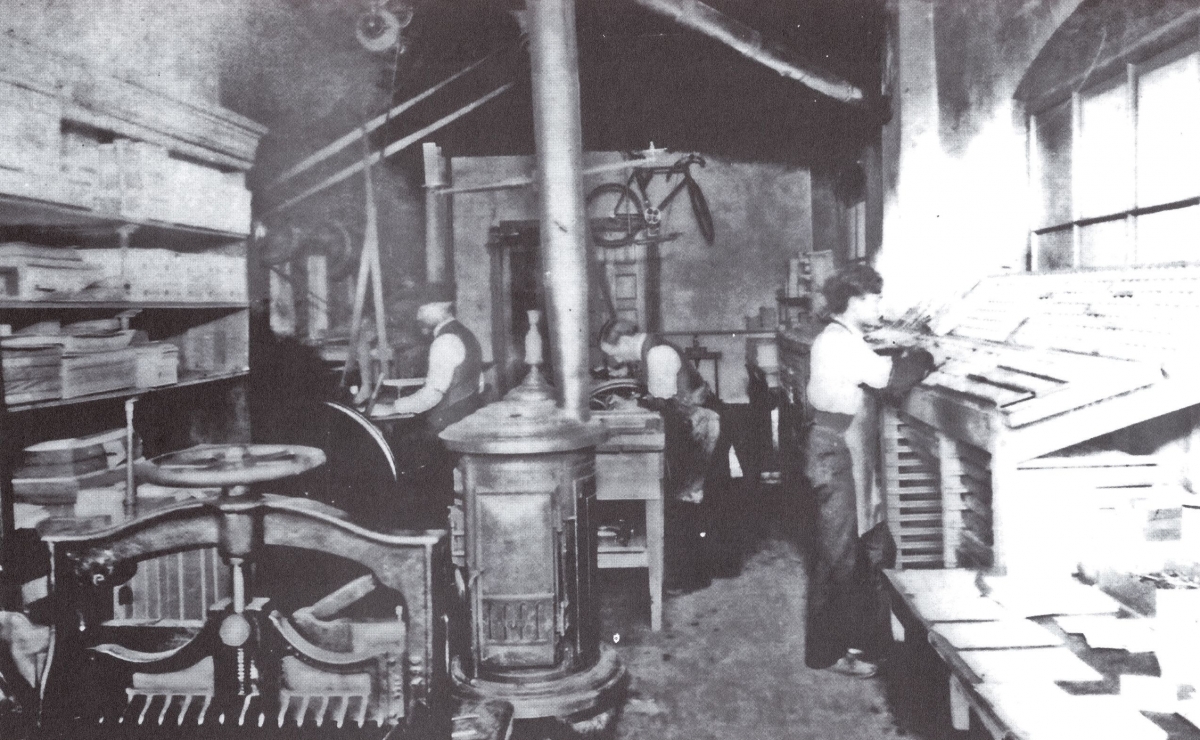 This undated photograph shows the interior of a Brodhead print shop.  The large machine in the lower left front is a paper cutter.  The man on the right is setting the type for the week's edition of the Albany newspaper.  Each lead letter had to be individuall set by hand.  Imagine the shock these men would have to see today's newspapers set to print using a word processor! 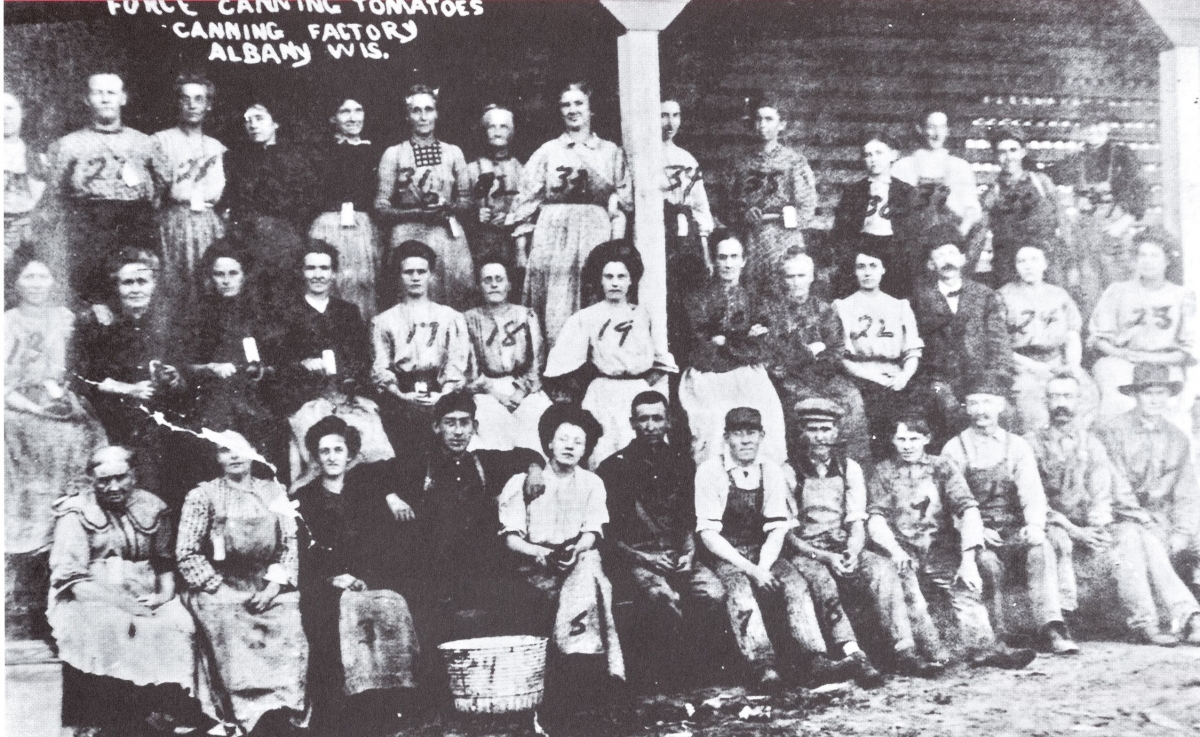 This 1915 photograph shows the crew at the tomato canning factory in Albany.  Specialty crops such as peas, beans, corn, and tomatoes were often grown on area farms as cash crops  Factories such as this one provided good seasonal jobs for area residents. 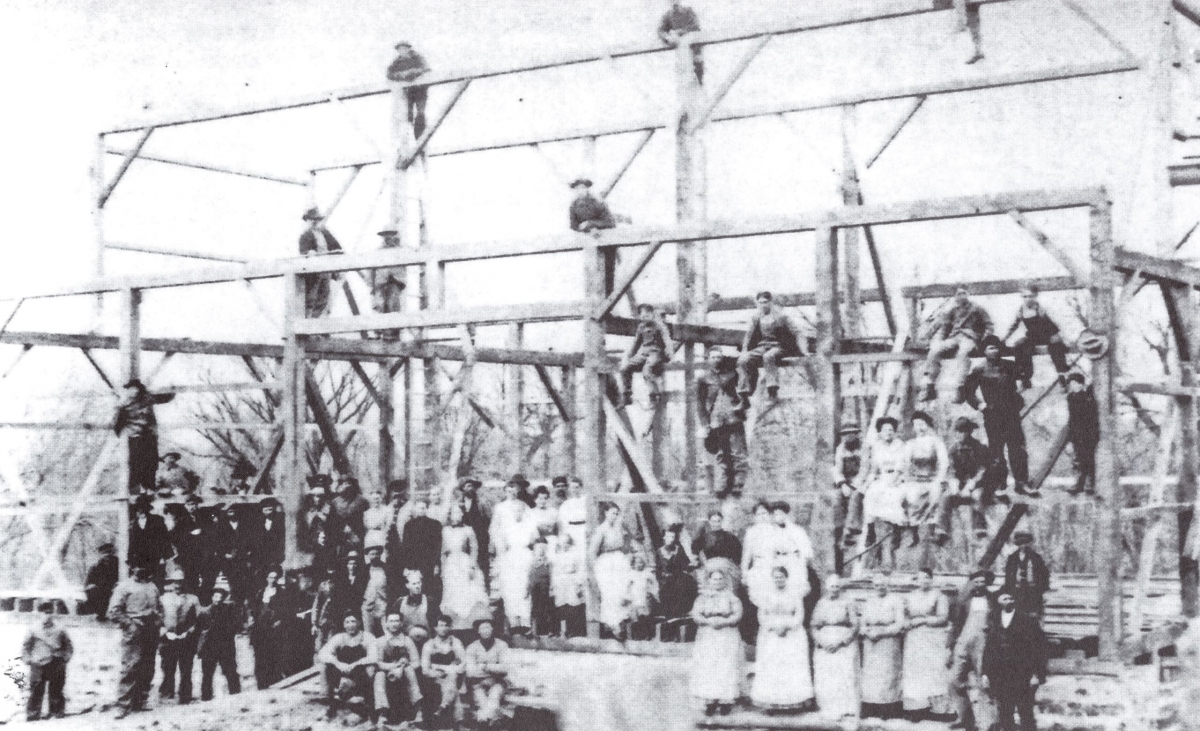 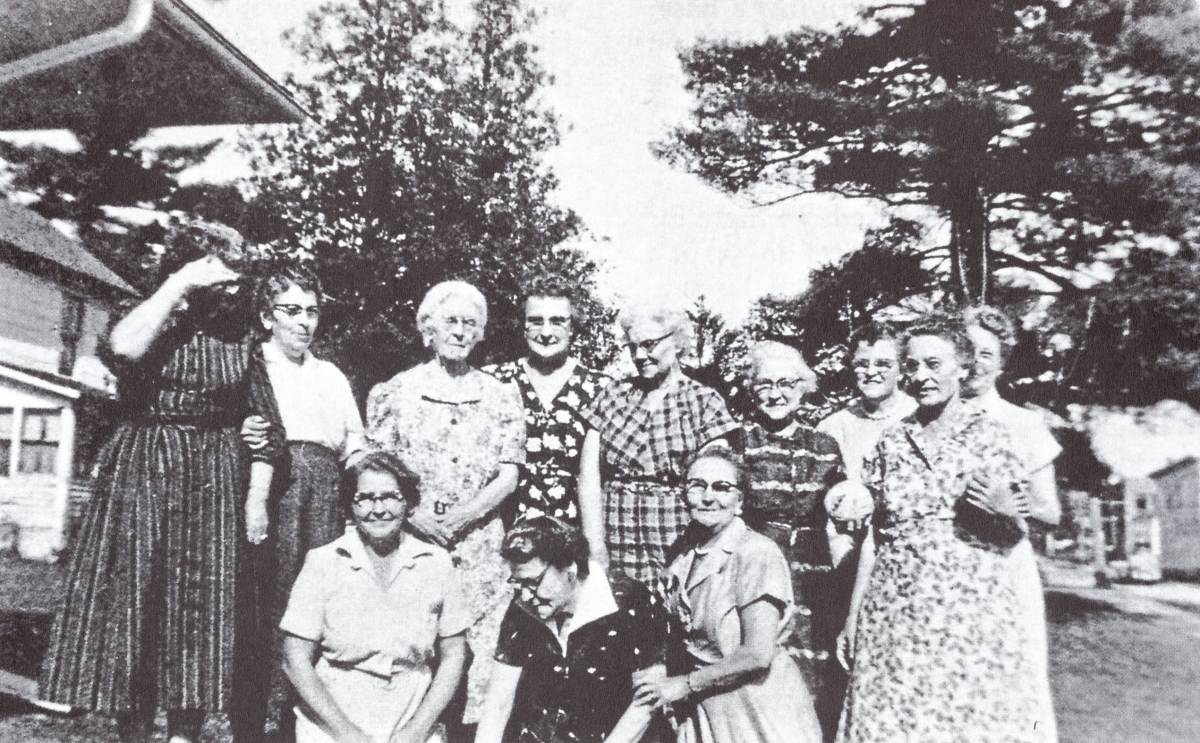 Today Dayton is considered a ghost town, but in its heyday, Dayton boasted a main street with numerous businesses including a mill, stores, and a tavern.  This garage sold both Dodge and Saxon automobiles.  Jim Dooley is in the Dodge on the left, and Charles Richardson is in the Saxon on the right. (Photo from the Pat Elmer collection)

Despite Postville's small population, the residents of the area took national holiday seriously.  Residents of Postville and the surrounding area took the day off to celebrate the Fourth of July in grand style.  Judging from the costumes, the community put on some type of play for the entertainment of adults and children.  The woman on the left is Jennie Massee, and the woman on the right is Mrs. Lilldahl. 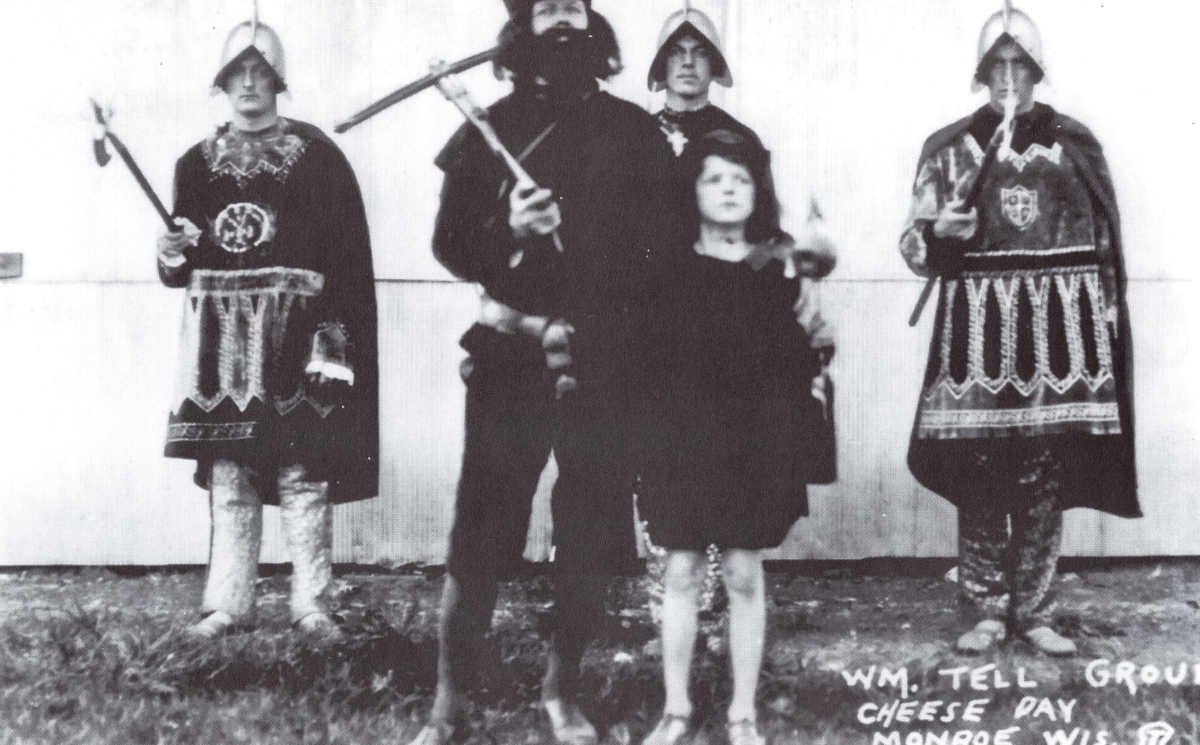 (Photo from the Schiesser collection)

These handsomely costumed actors are a part of the Wilhelm Tell play, presented anually in New Glarus since 1938.  The actors are shown at the Cheese Days presented in Monroe, Wisconsin. 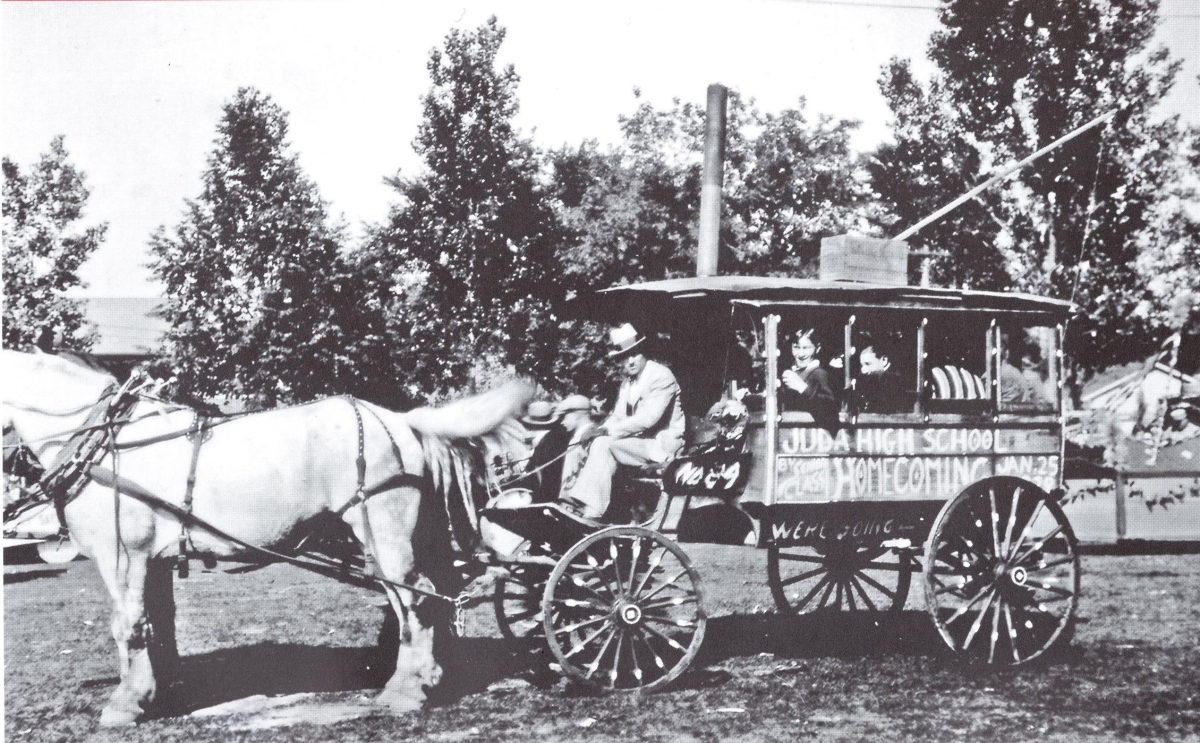 (Photo from the Paul Matzke collection)

Small towns always loved their high school homecomings.  It was a time when graduates returned home for a weekend to cheer on their local teams.  Most often these homecomings were held in the fall as was the tradition in Juda. 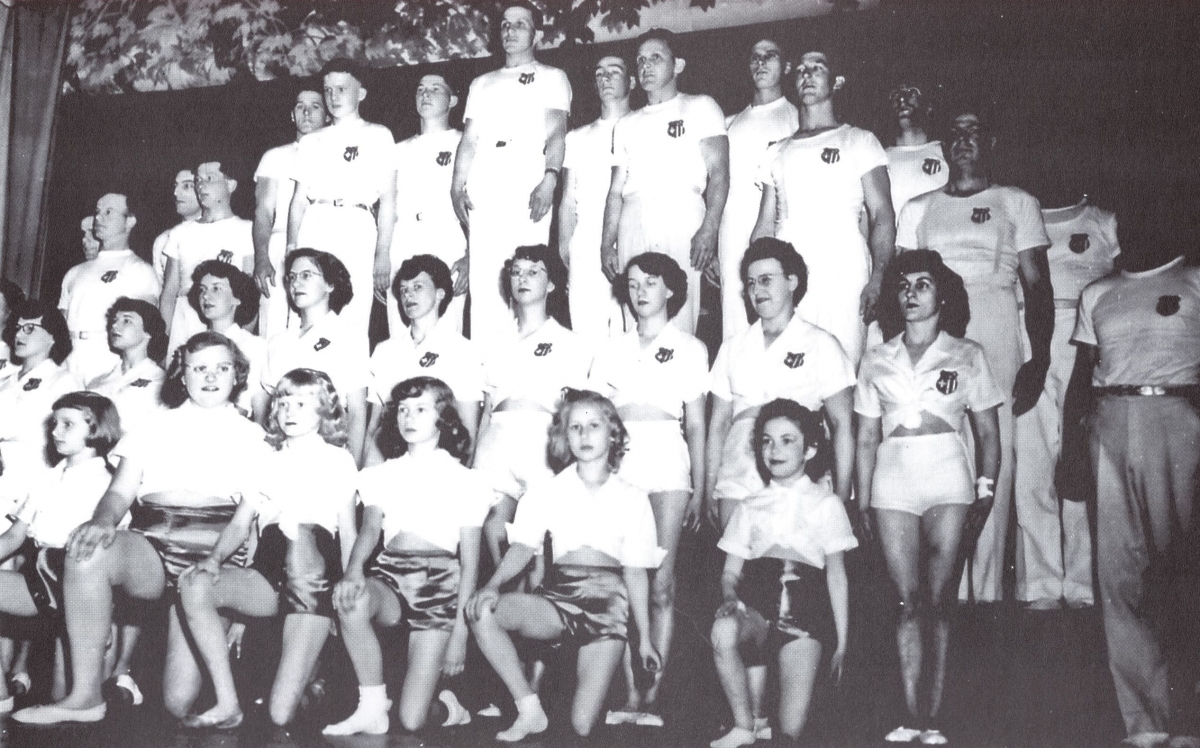 The grand finale of another great program presented by the Monroe Turners.  Featuring members from most towns in Green County, the Monroe Turners participated in local and national competitions.  One member, Marie Blumer-Herbert, was a member of the 1952 United States Olympic Gymnastics team that competed in Helsinki Finland. 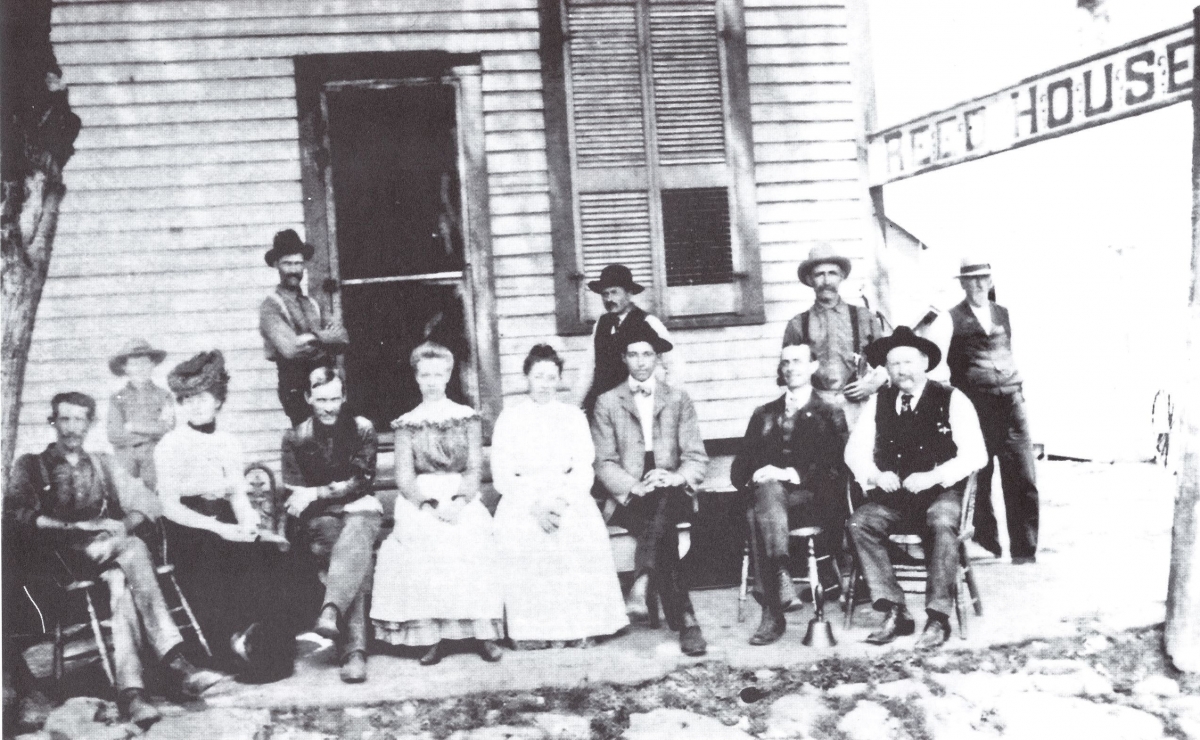 The Reed House Hotel in downtown Brodhead served a very important place in the town's fabric.  People arriving via the railroad often needed a place where they could get a meal and a bed for the night.  Many local hotels like the Reed House also served as a place where traveling salesmen could set up a room in which they could show off their newest lines of household items. 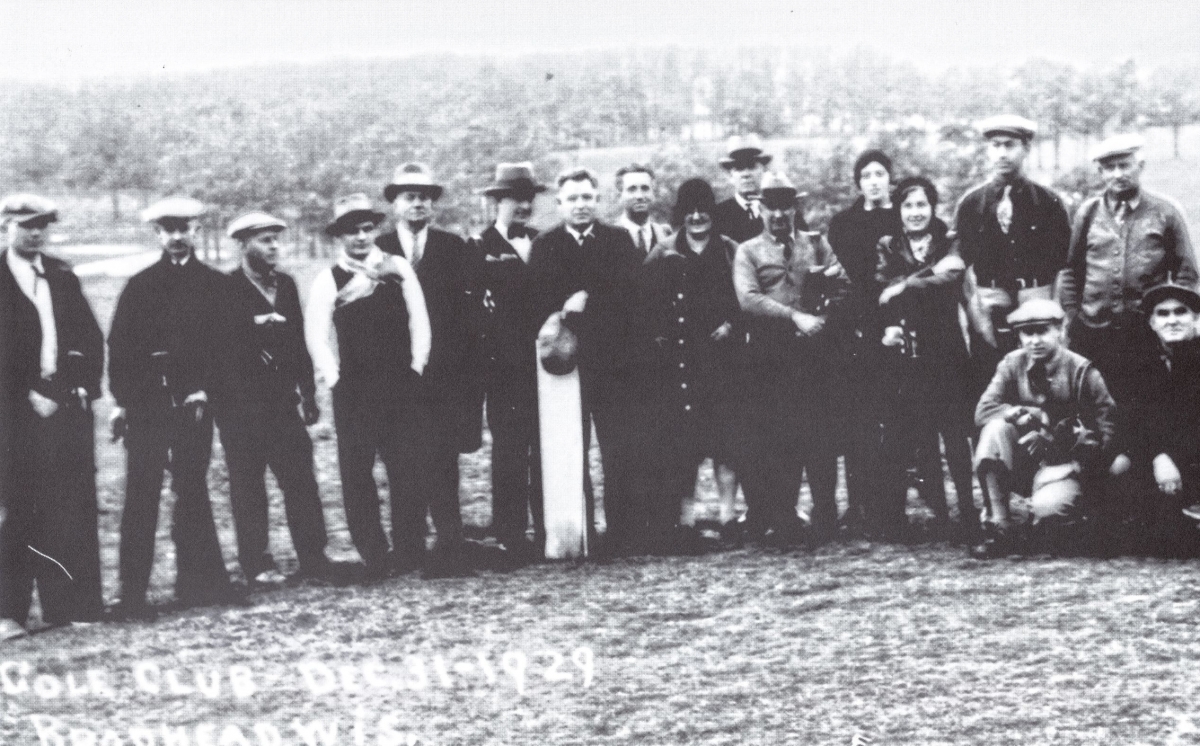 "The Best Golf Course by a Dam Site," is what the sign advertising Decatur Lake Country Club read.  The golf club began in 1929 and still plays a major part in the social lives of many residents of Brodhead and the surrounding area.  Decatur Lake was formed by damming the Sugar River to provide the power needed to run the businesses and light the homes of Brodhead.