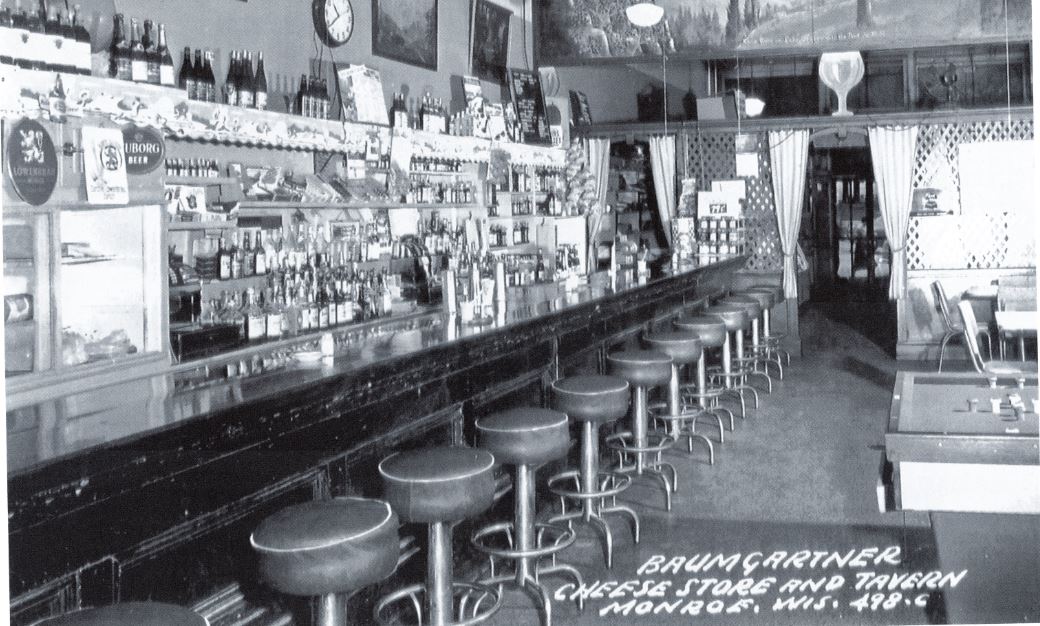 Baumgartner's Tavern, located on the west side of Monroe's Historic Square has long been the meeting place for several generations.  Baumgartner's is noted for their Limburger cheese sandwiches.  A recently published book, Baumgartner's -  A History: In Words and Pictures, tells the story of this iconic Monroe tavern. 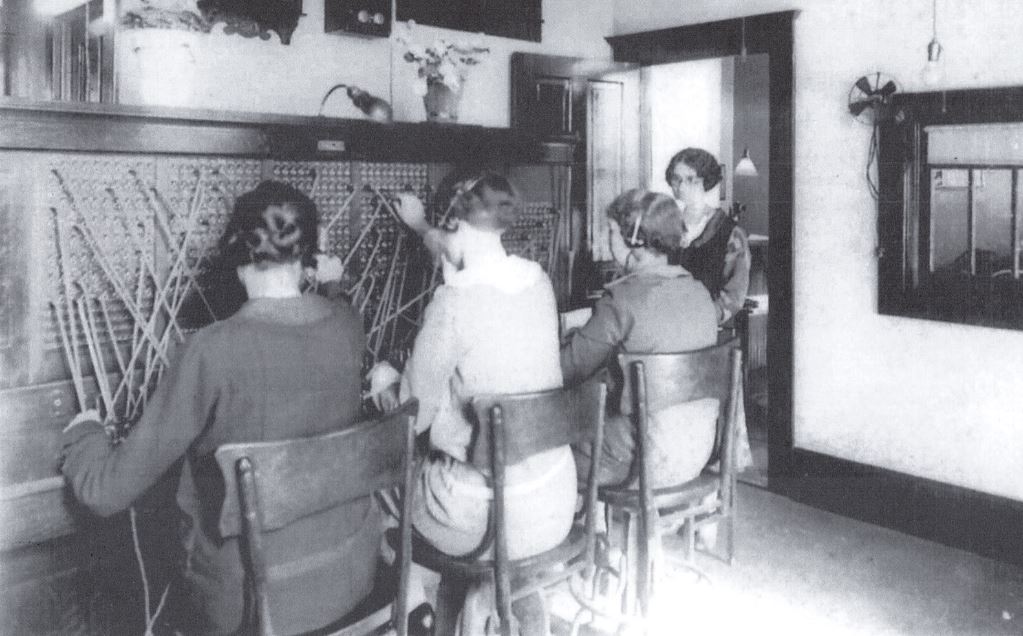 Remember when you had to make a phone call through a telephone operator, who answered "Operator, number please," and she connected you to the party you wished to call?  It appears that the operators in the photograph above were having a busy day connecting the citizens of Brodhead with their neighbors.  (Photo courtesy of the Brodhead Historical Society) 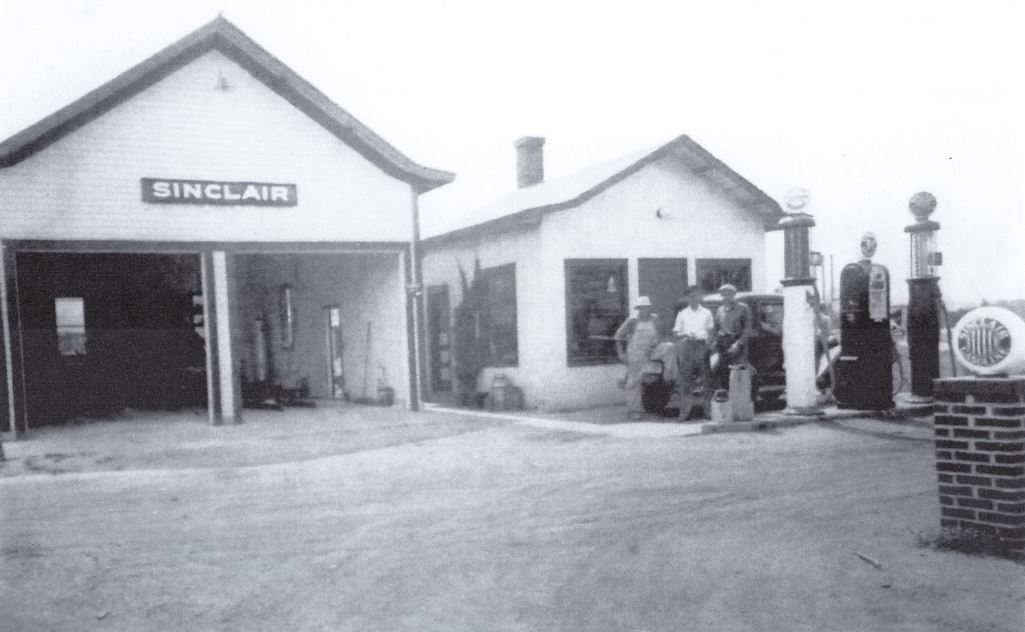 Service stations such as this one in Browntown were commonplace half a century ago.  The owner-operators serviced cars and trucks, sold gas, tires, did wash jobs, and helped the children of town inflate their bike tires.  The office building on the right often sold pop, potato chips, and cigars, often acting as a social center for the town's eccentric characters. 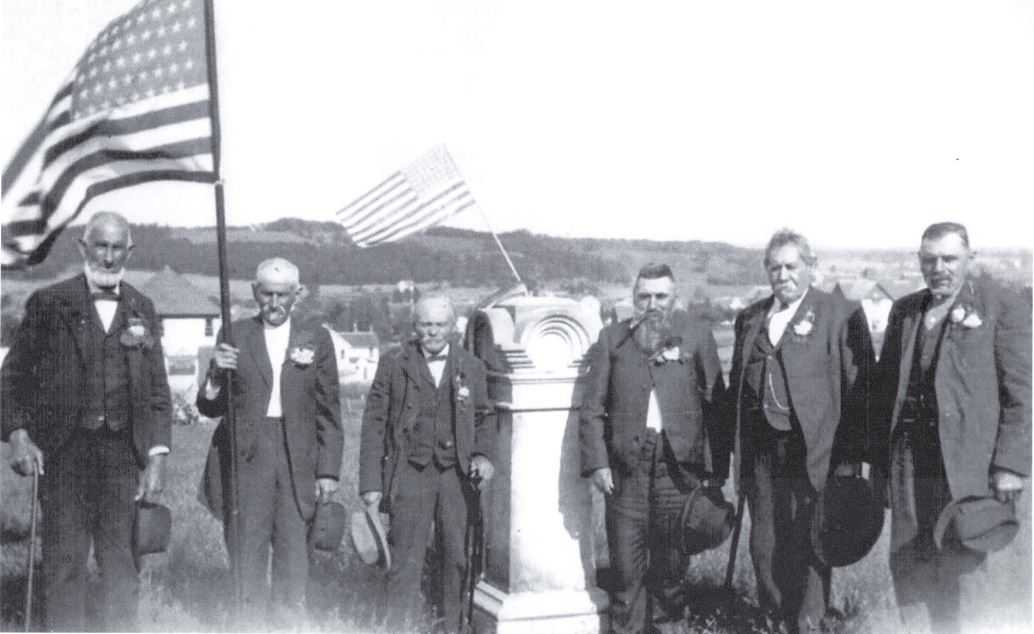 These six men, the last living Civil War Veterans of New Glarus, are standing in front of the grave of one of their brothers-in-arms.  Left to right: Abraham Disch, John Ulrich Rhyner, Tom Schmid, Oswald Babler, Fridolin Streiff and Caspar Altman.  Streiff was known as the Iron Dutchman for his heroism in the Civil War, and Oswald Babler was the last living New Glarus Civil War soldier.  (Photo courtesy of the New Glarus Historical Society) 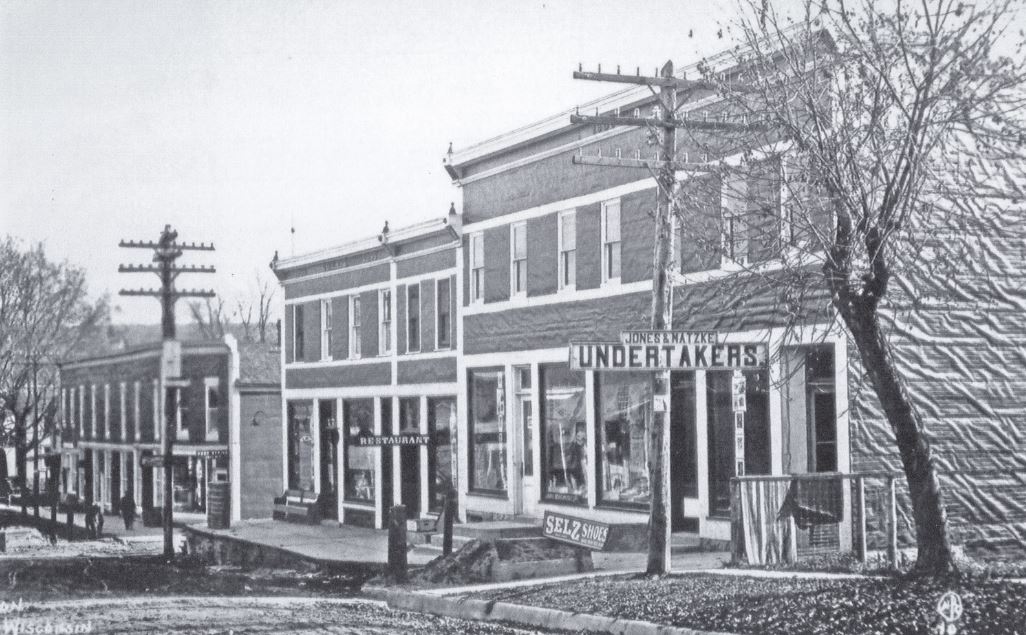 This Juda main street scene was a typical business venture across much of the Midwest.  The local undertaker often owned and operated a furniture store in conjunction with the undertaking business.  Area examples of this were Blanchardville and Belleville.  (Photo courtesy of Paul Matzke) 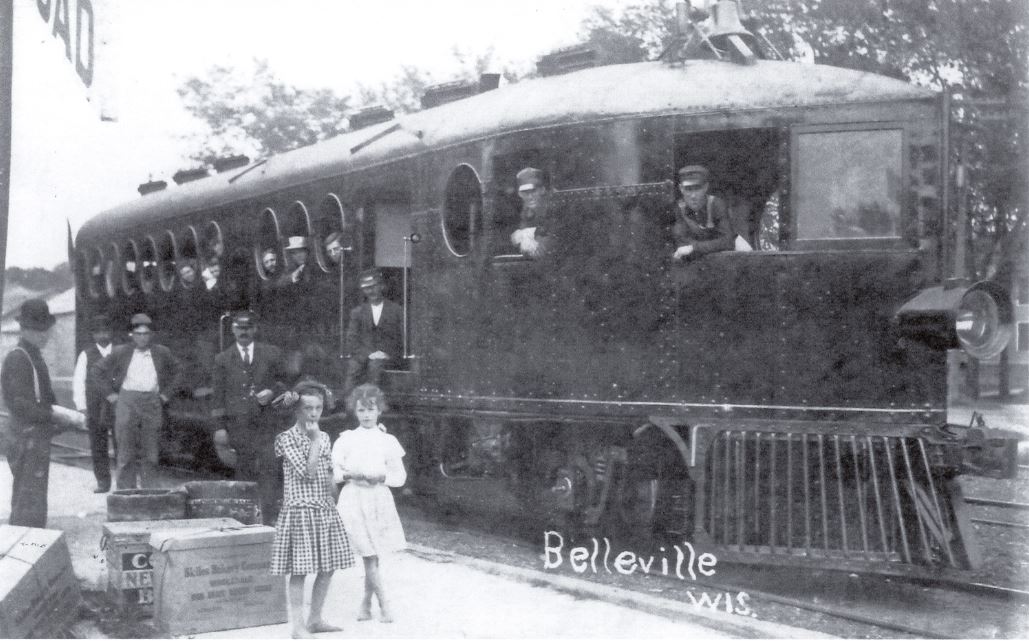 This McKeen railcar is making a boarding stop at the Belleville-Illinois Central depot.  McKeen railcars were used across the country to move passengers back and forth between towns.  Depending upon how the McKeen car was configured, it was capable of hauling up to 120 passengers.  They often hauled small packages as well.  (Photo courtesy of the Belleville Historical Society) 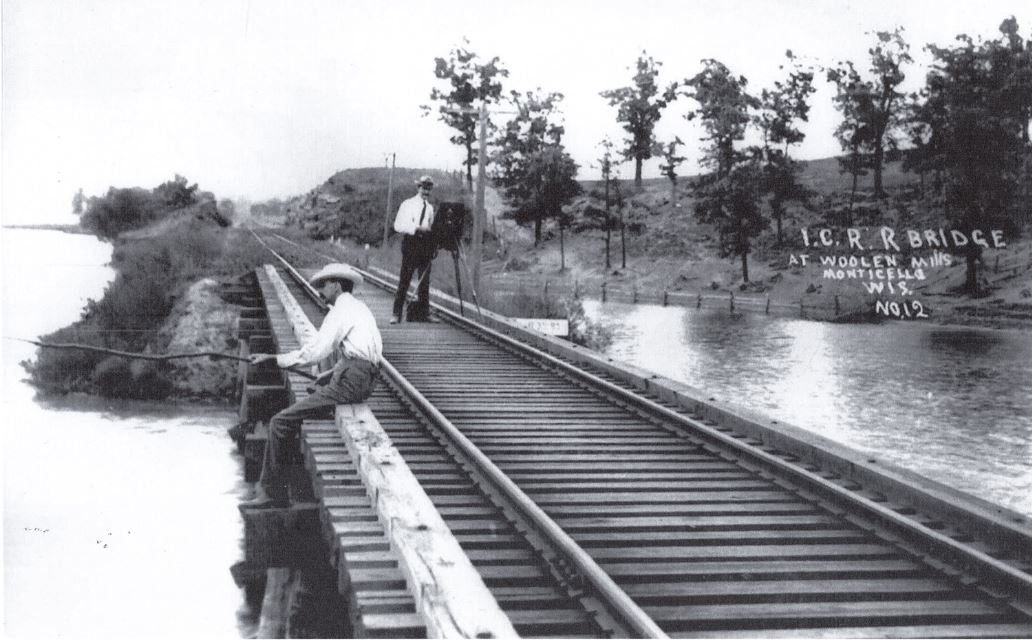 Sunday dinner is done, and these two gentlemen from Monticello are spending a leisurely afternoon fishing off the Illinois Central Railroad bridge just north of Monticello.  Notice how well the men are dressed: white shirts, Sunday straw hats, and neckties.  (Photo courtesy of the Monticello Area Historical Society) 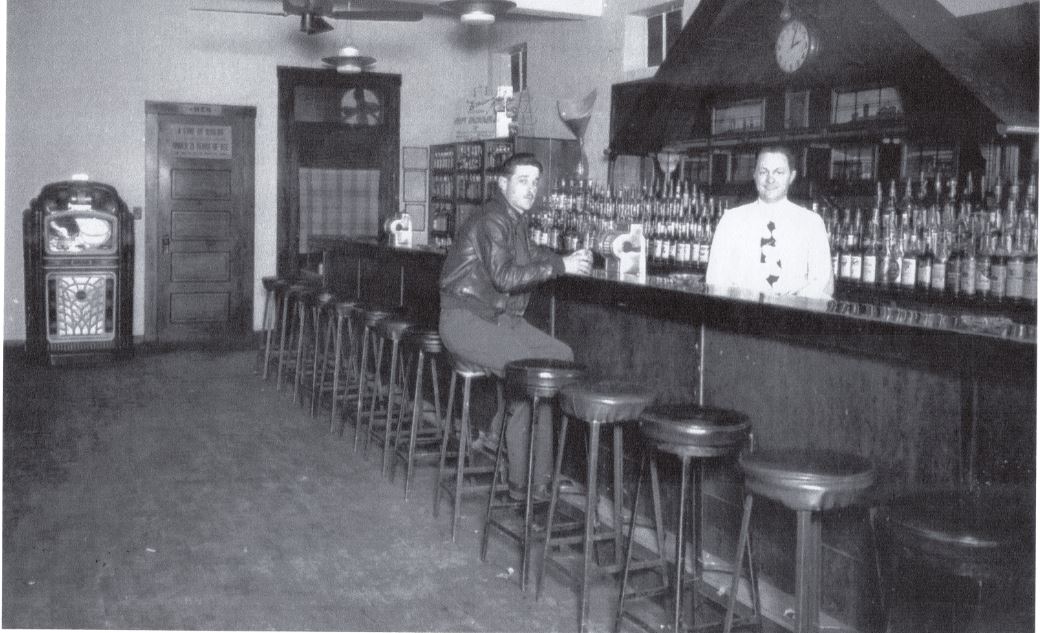 There's nothing like a good cold Huber's beer on a hot summer afternoon at Ernie's (Zumbach) Tavern located at 1112 17th Avenue.  Ernie's Tavern was listed in the 1940, 1950, and 1960 Monroe City Directories.  This building is now the home of Duxstead and Bestul, S.C. 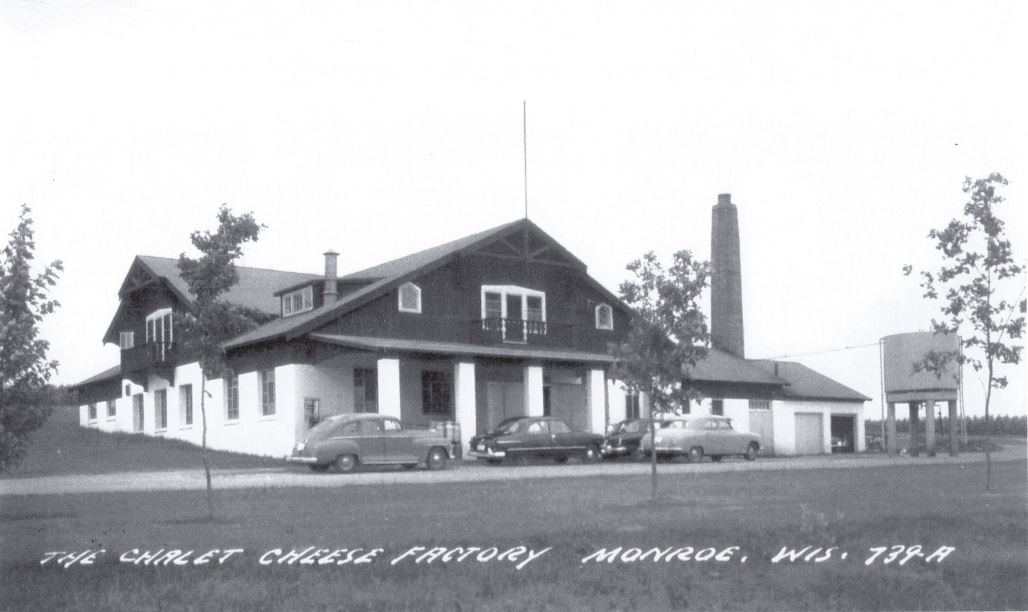 Chalet Cheese Factory, north of Monroe on County N.  Chalet has the honor of being the only remaining cheese factory in the United States to make the best cheese in the world. . . Limburger.  In September, on even numbered years, the annual Cheese Days events take place in Monroe, where many pounds of Limburger sandwiches are consumed. 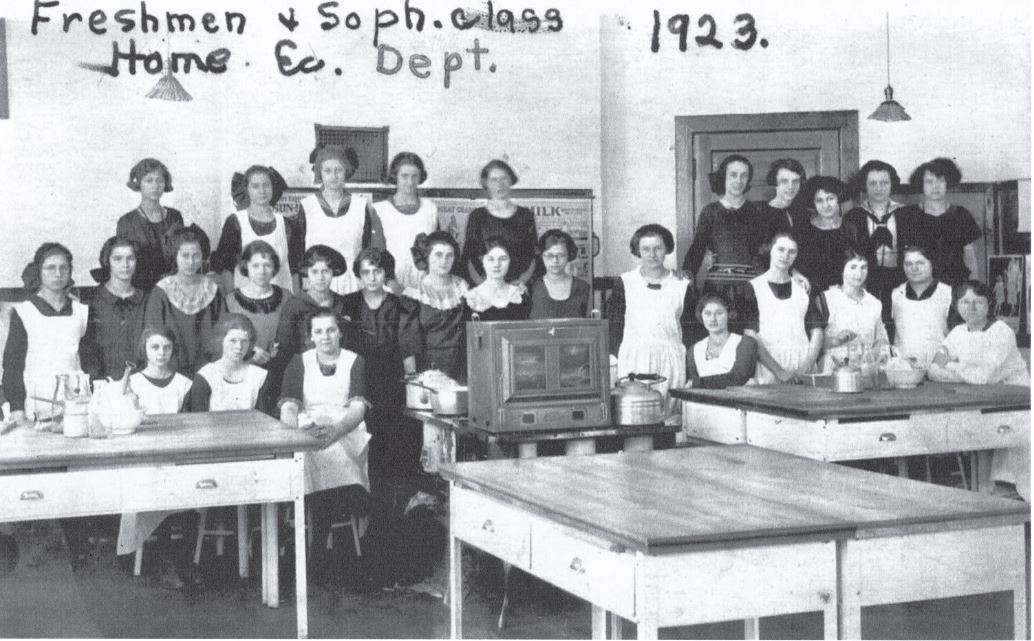 School is now in session, and the 1923 Freshman and Sophomore home economics class members are wearing their white aprons as they prepare for a baking lesson, but first they must receive instruction on how to use the new oven shown in the middle of the photo. 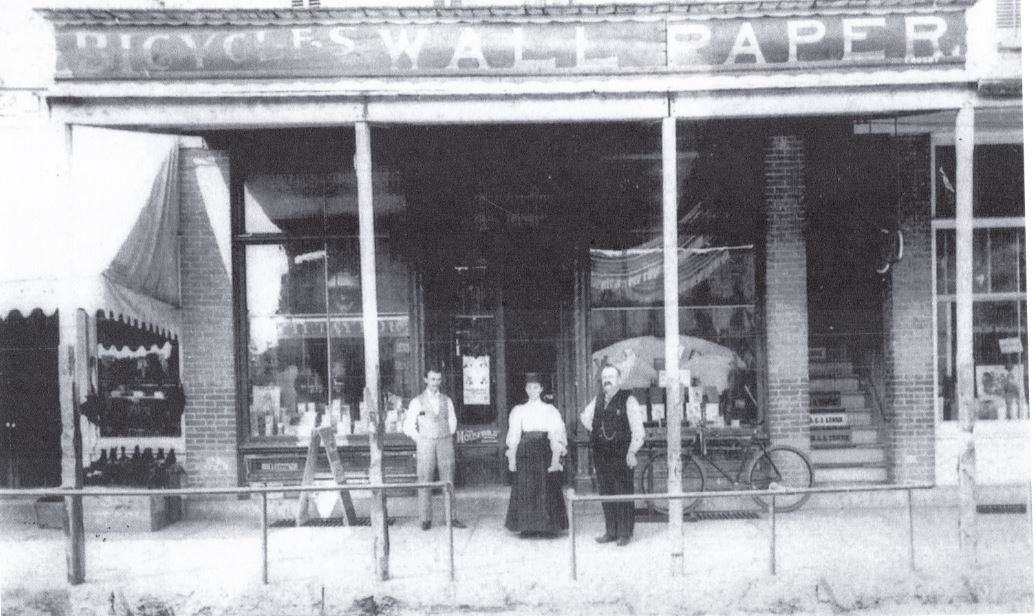 Bicycles and wallpaper seem an unlikely combination of merchandise to sell, but many stores of this era carried multiple lines of merchandise.  The stairway between the two buildings is shared by the residents living in the apartments above both buildings.  (Photo courtesy of the Brodhead Historical Society) 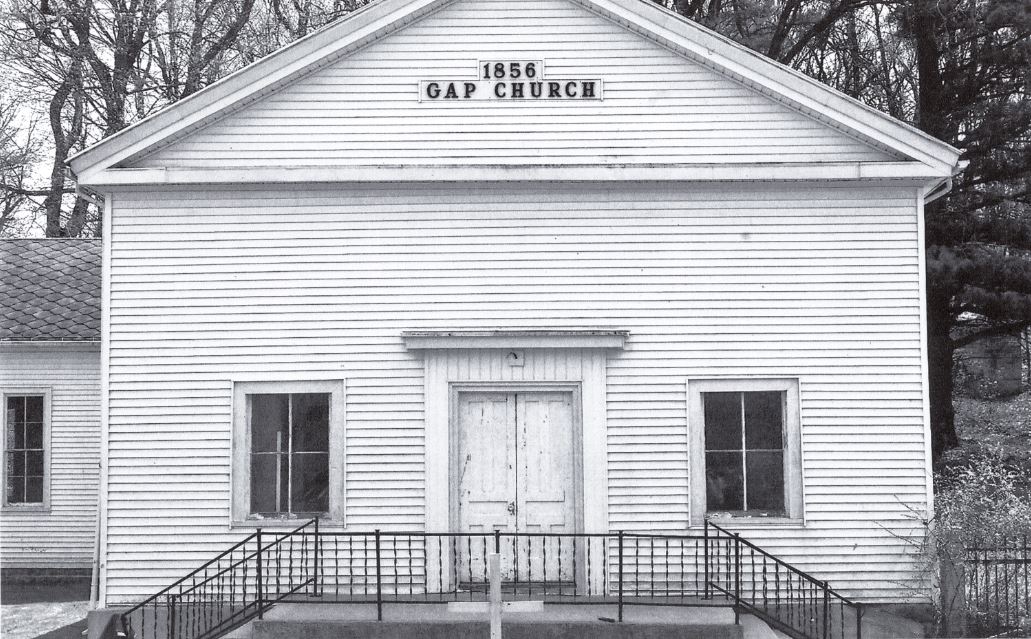 The Gap Church, several miles west of Albany, was founded in 1856 and disbanded in the mid-1940s.  Today the church is operated as a museum.  Each summer several events are held at the church, which include an August Hymn Sing, the Gap Bash, and a rummage sale.  The building to the left was moved in from Dutch Hollow, approximately 10 miles cross country.  "Ruben Folsom the Wolf Hunter," a legend in the Albany area, is buried in the adjacent cemetery.  Ruven's Cave on the Sugar River was Ruben's home for many years.  (Photo courtesy of Kim Tschudy)