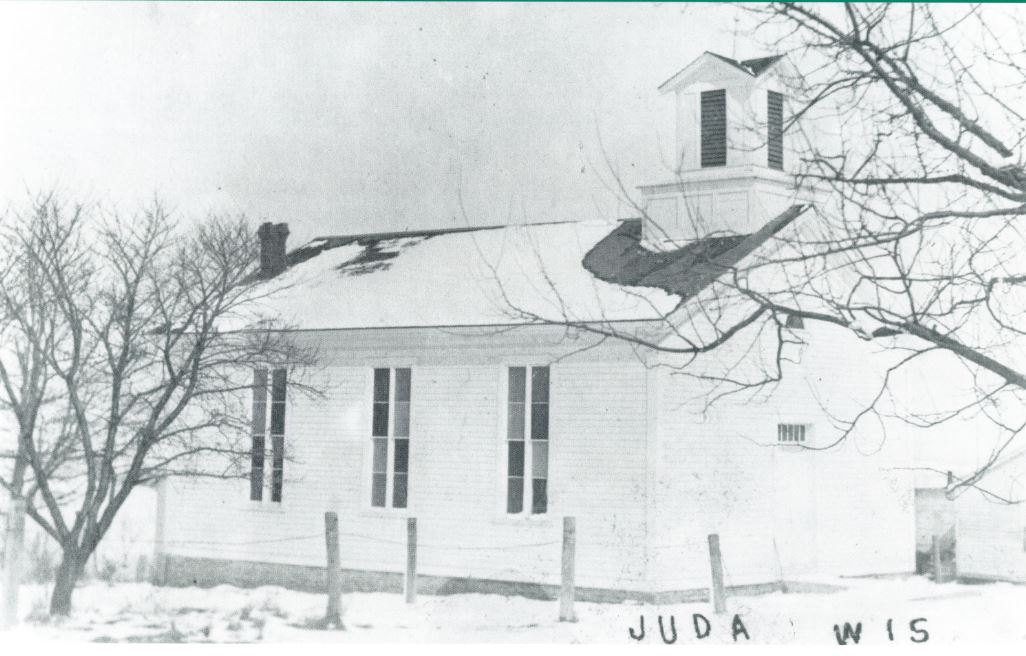 The Methodist Episcopal Church was built in the 1850s and was the second church built in Juda.  In the early 1930s, the building was sold to Fred Brunkow, who tore the building down and used the lumber to build the residence now owned by Ward and Denise Steinmann.  The key to the church now hangs on display in the Zion United Methodist Church in Juda. 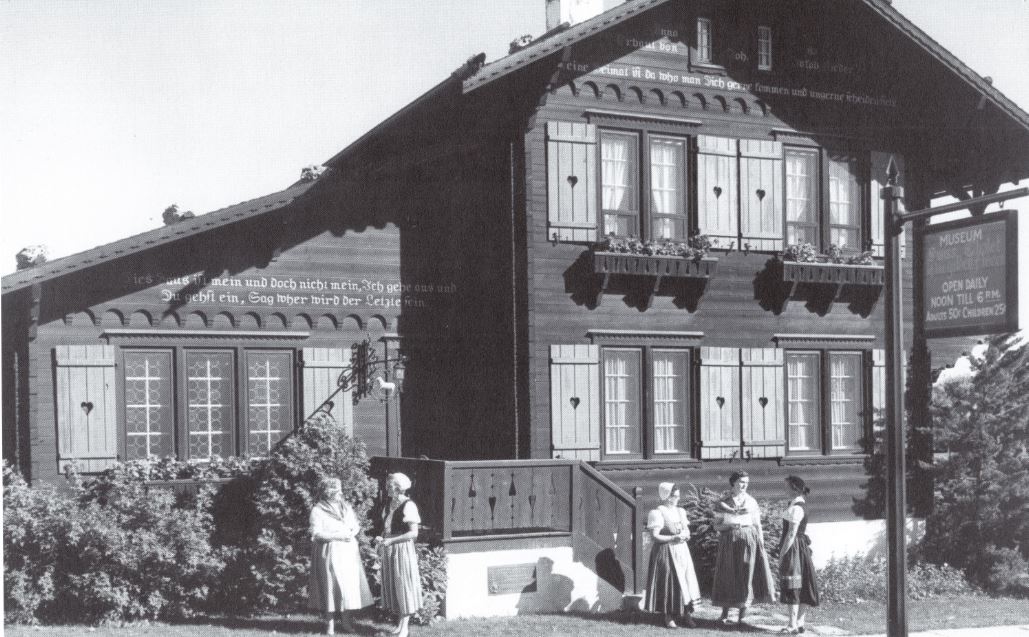 Edwin Barlow, a world traveler, built the Chalet of the Golden Fleece in New Glarus where he housed his collection of antiques.  In addition to traveling the world, Barlow was also the founder of the Wilhelm Tell Festival, which is held annually on Labor Day weekend in New Glarus.  The Chalet will be entered into the National Register of Historic Places. 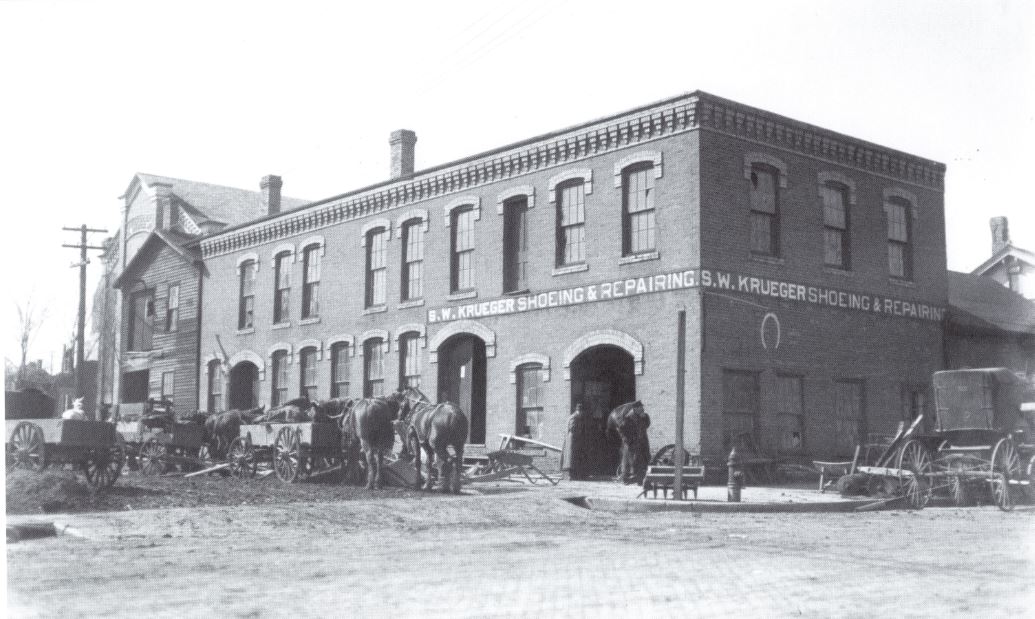 The S.W. Krueger Blacksmith Shop in Monroe was located where One Hour Cleaners is now located, next door to the Green County Historical Society building.  Shops such as this one were depended on to keep farm horses shod and equipment repaired. 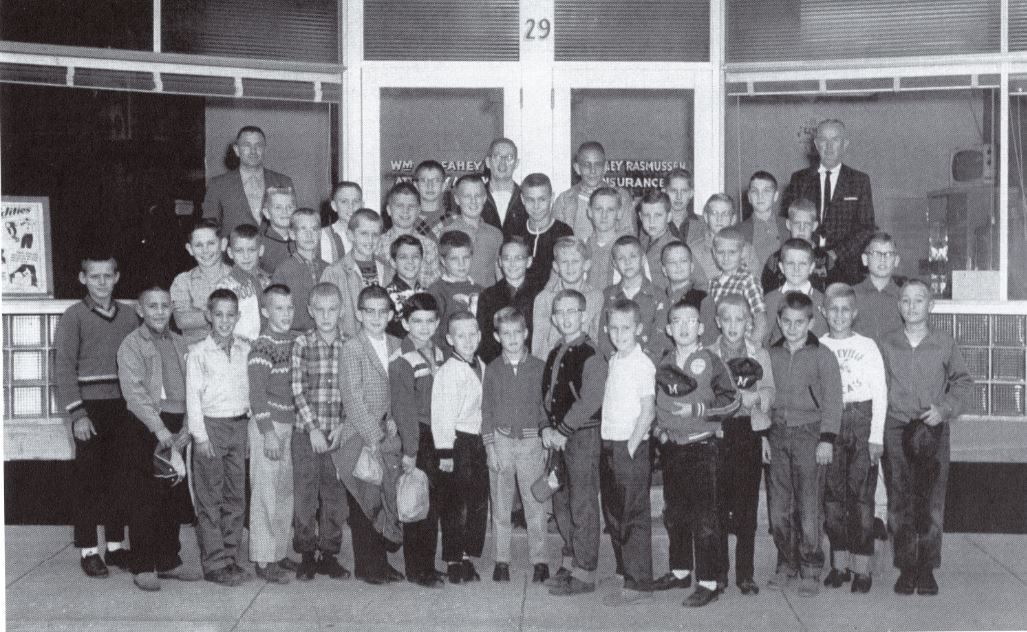 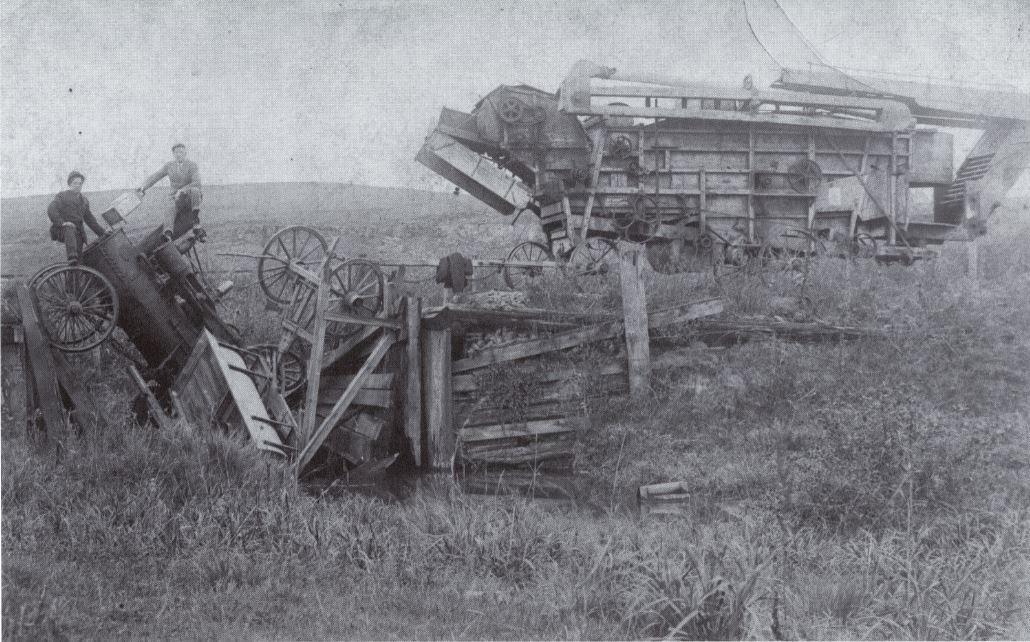 Whoops!  This steam tractor in the Juda area collapsed this bridge, which was built to carry the weight of draft horses but not steam tractors. 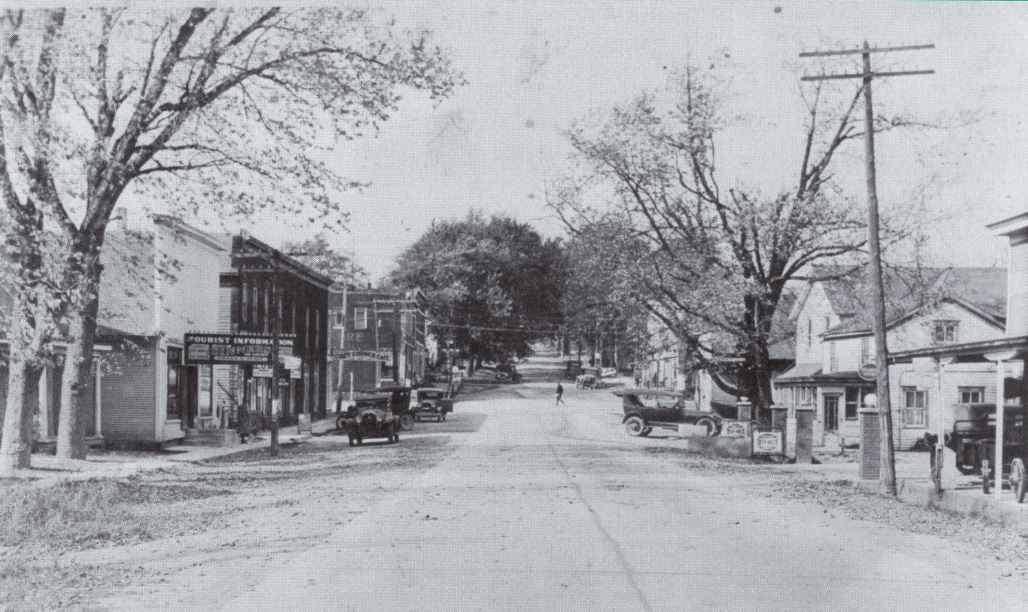 This photo looks west on Juda's Main Street in the early 1900s.  Ella Soddy owned the Tourist Information and Cozy Corner Cafe.  Alma Stabler and John Hein's bar is on the right. 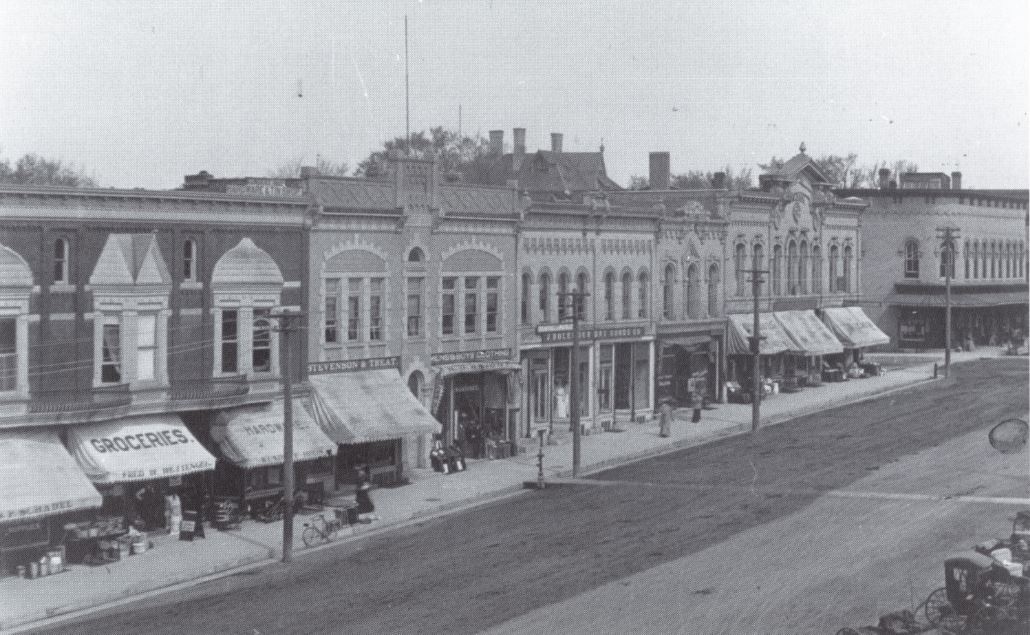 The west side of the Monroe Square buildings still hold the same charm today that they did in the early 1900s, though the businesses have changed numerous times over the past century.  The Square is still the center of commercial business as it was 100 years ago. 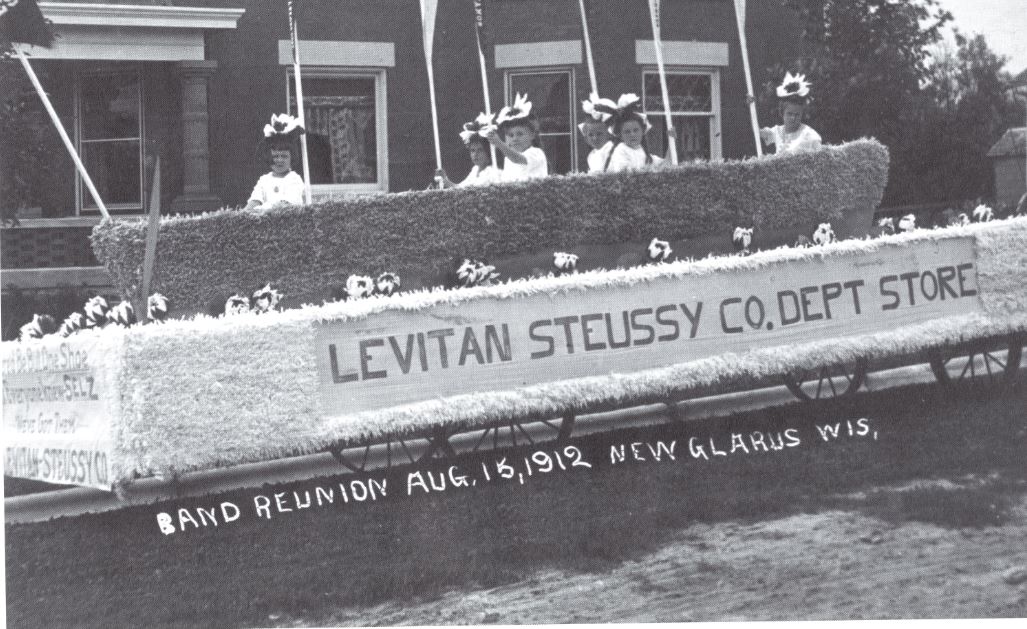 The Levita Stuessy Co. store in New Glarus was located where Anderson Mall is now located.  Band reunions were anxiously awaited events in small towns.  Sol Levitan, a much loved local businessman, was a Lithuanian Jew who came to New Glarus and learned to speak Swiss, to better serve his customers.  He went on to be elected Wisconsin State Treasurer several times. 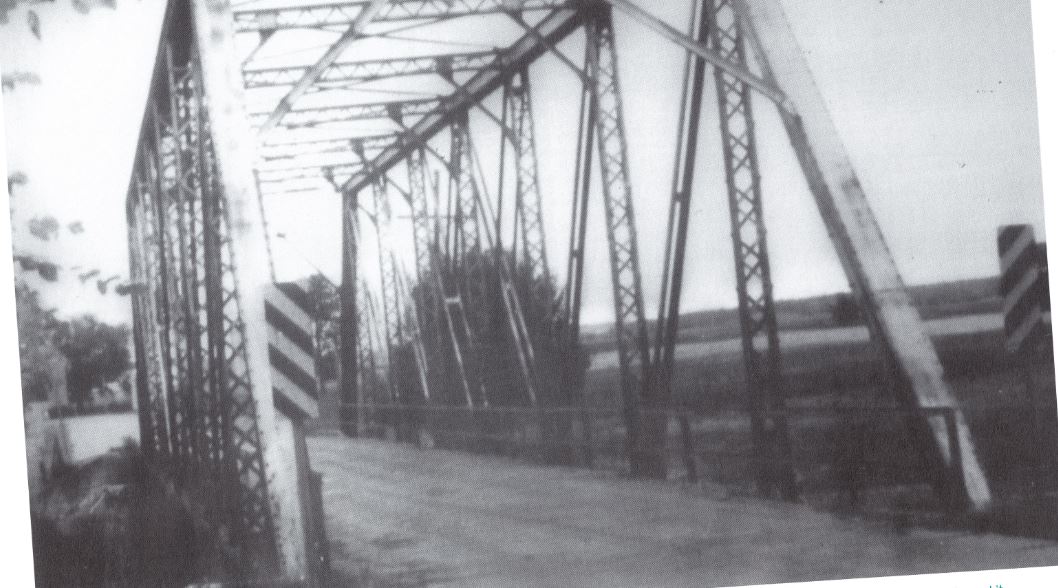 This iron truss bridge spanned the Sugar River at Dayton, two miles southeast of Belleville, for many years.  A modern concrete bridge eventually replaced it. 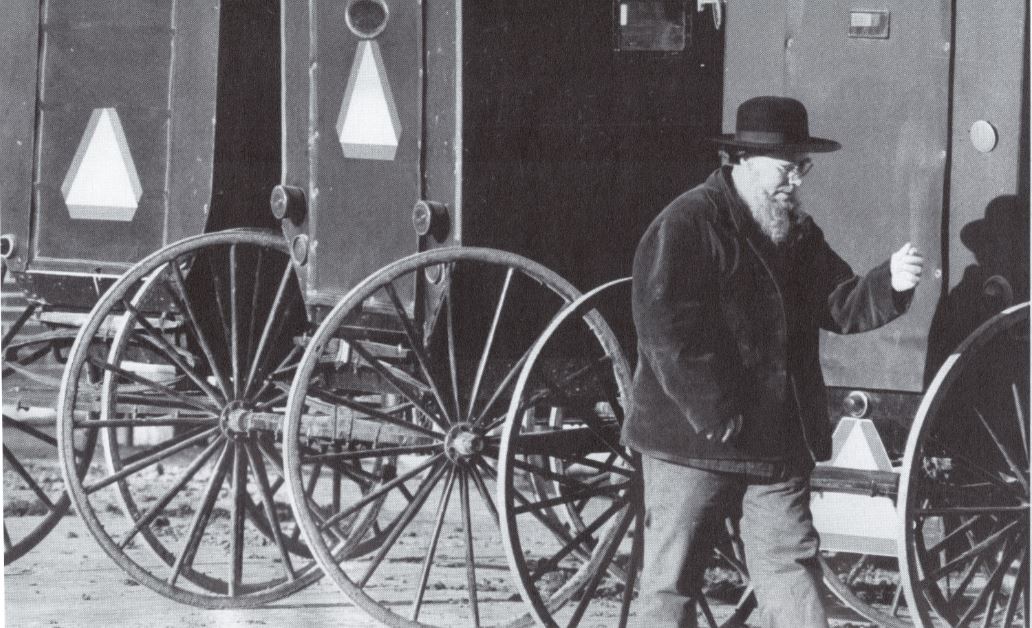 This Amish man was a member of one of the over 50 Amish families that began moving to the New Glarus area in 1964.  The Village of New Glarus installed a hitching post behind the Village Hall to better accommodate the Amish when they came to town to shop.  It was not unusual to see six or more buggies tied up at any one time. 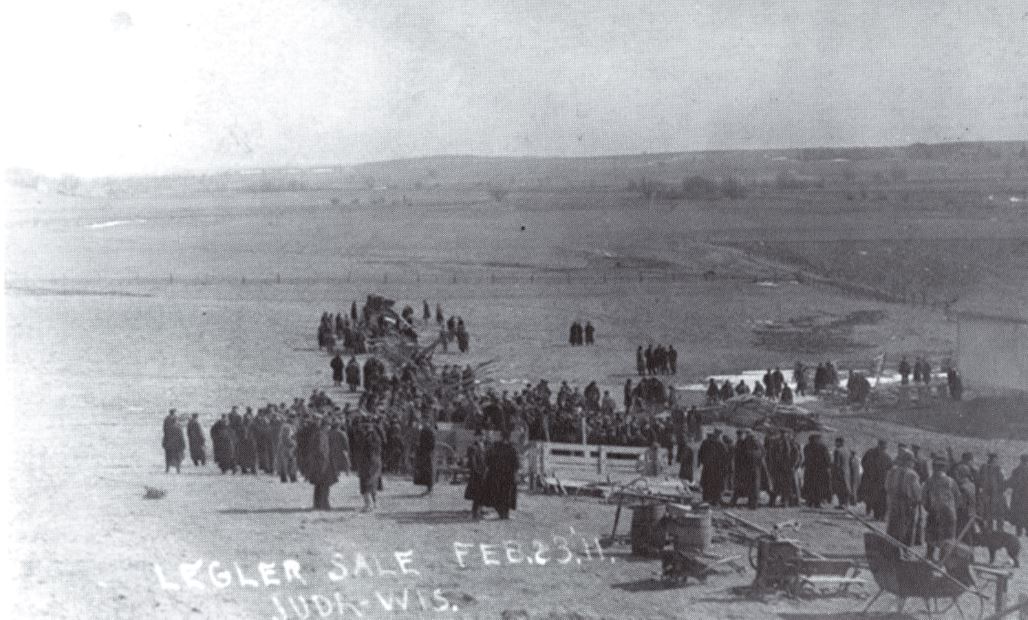 The Legler Farm Sale took place on February 23, 1911.  It must have been a fairly mild winter given the lack of snow cover.  Farm auctions like this one often took place in February because March 1 was the time rental farmers often moved to a new farm for the next season. 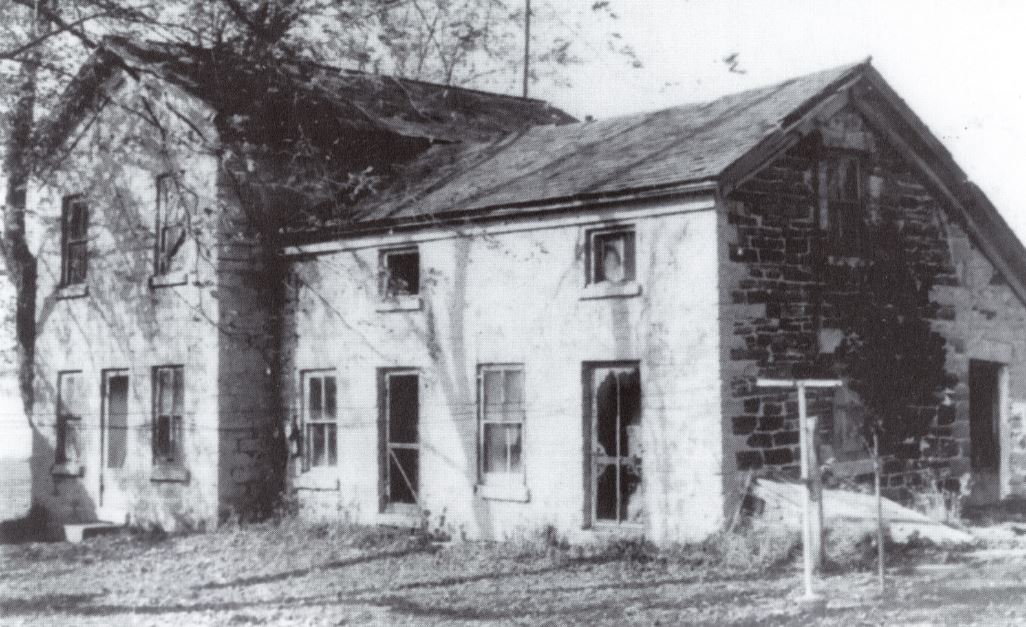 This was the home of George Magee, an early storekeeper in the Town of Exeter.  The house was bulldozed in the 1960s, but Magee's store next door to the house is still standing.