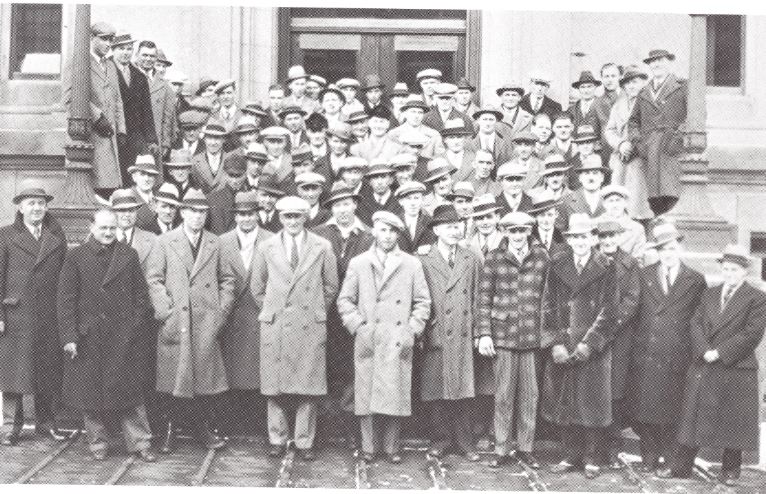 Pet Milk Plant in the mid-1950s.  The Pet Milk Company was built in 1910 and closed when the demand for canned milk declined in February of 1962.  Some of the buildings still stand on the north end of Second Street.  Originally known as the Helvetica Milk Condensing Company, they produced evaporated milk and made the cans and later expanded into fluid milk, instant nonfat dry milk solids, ice cream mix, cheese, butter, and other dairy products.  After its first year of operation they had 172 patrons and milk purchases hit a million pounds.

The average volume of milk grew to a half million pounds daily and a lot of the milk was brought in by company-owned trucks (like the one shown) from a seven-county area.  Emil Kaeser served as plant manager and he also was a director of The Bank of New Glarus in 1920, became vice-president in 1936, and president in 1948. 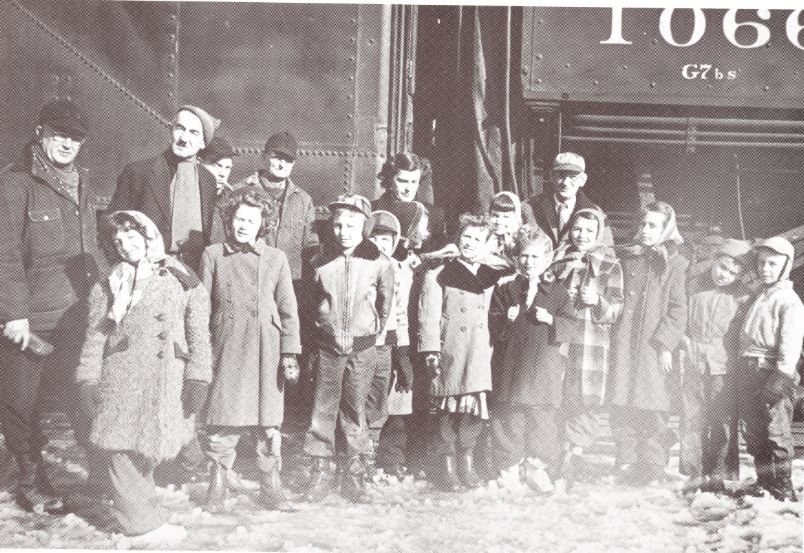 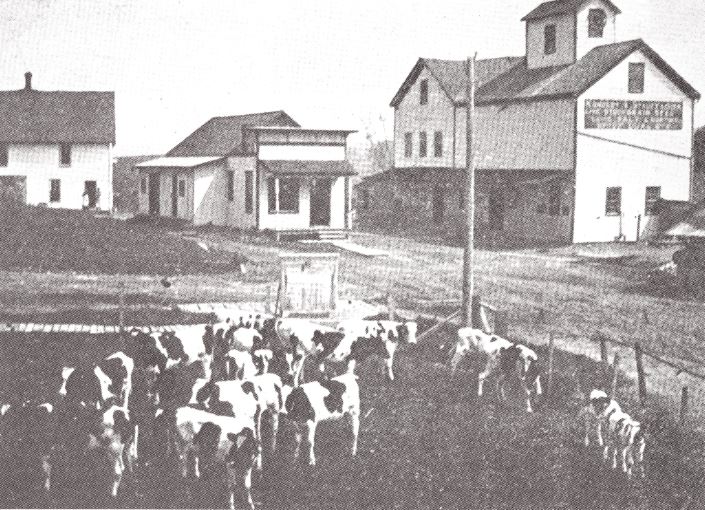 The sign says "Kundert & Stauffacher Livestock-Grain-Seed-Salt-ETC."  We don't have a date but it appears to be 1910 or earlier.  In its heyday as a mill, the back area had a large pond, dam, and water wheel fed by the Sugar River.  The building in the rear was a cheese factor until 1910 when it closed down due to the Pet Milk Plant opening.  Jeff said the cellar in the old cheese factory had 14-foot high ceilings. 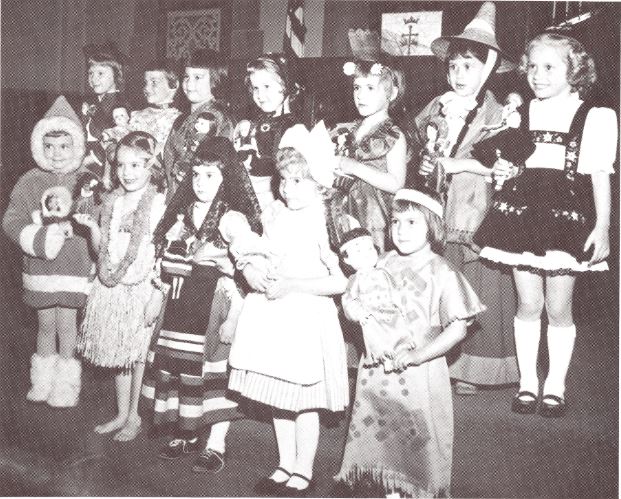 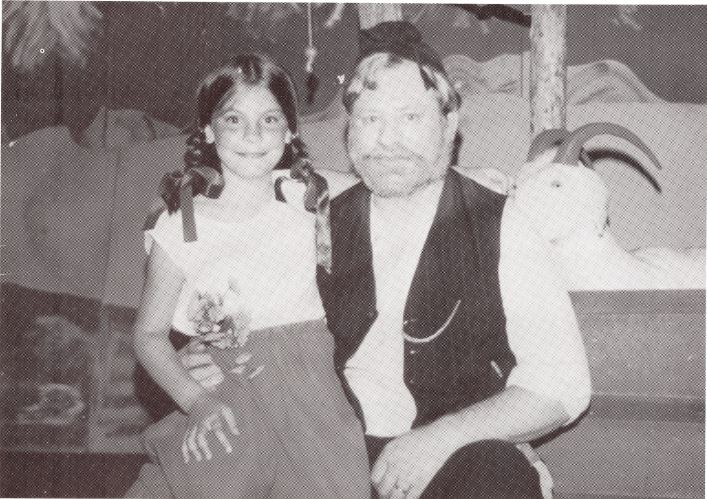 Seventeen little Heidis have been the darlings of the gruff grandfather, played by Willy Ruef in the Heidi drama.  This is seven-year-old Karla Nodorft Heller as Heidi and Willy Ruef as Alm Uncle (or grandfather) in 1974.  The play, adapted from Johanna Spyri's original "Heidi," was first performed in 1965 as part of the New Glarus 120th anniversary celebration.  It was such a success that organizers decided to make it an annual event.  This ninth presentation drew a record crowd of 2,050 people for the two performances.  As the Heidis grew too tall for the part they reluctantly gave up their title role, but many have returned to play other characters or to work with props and makeup. 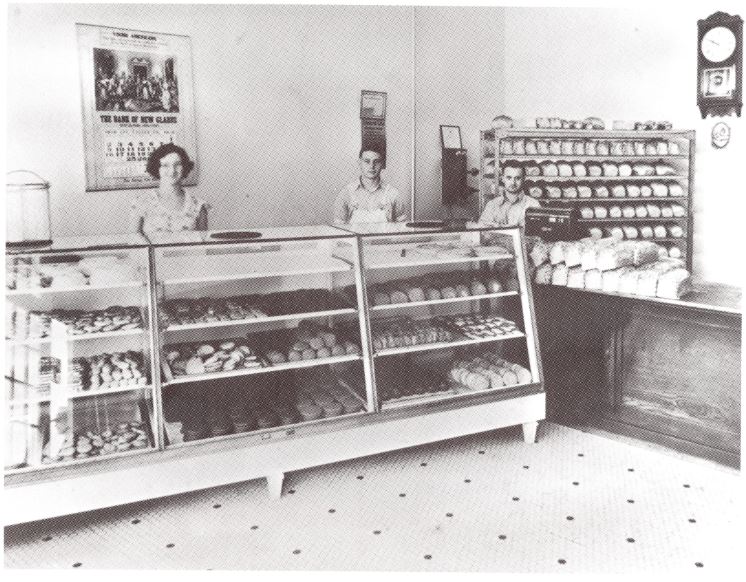 This picture from the early 1930s shows the interior of the New Glarus Bakery, the oldest continuously operating bakery in Wisconsin.  Although the Bakery has undergone several remodelings, the original showcase of the Bakery is still there.  Shown here (left to right) are employees Meta Baumgartner Grunder, Otto Puempel, and Herman Matzinger, the owner. 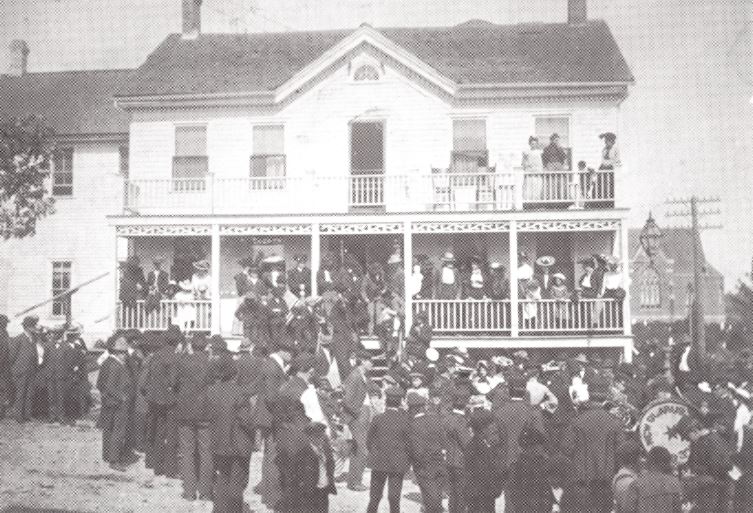 This is the New Glarus Hotel looking north from 6th Avenue.  The poto was taken in the early 1900s sometime after 1904, when electricity was installed in the downtown area.  The core of the Hotel is one of the oldest buildings in New Glarus.  Notice the decorative pediments at the roof level above the porch and the large gas lamp on the left.  The Hotel has undergone several alterations and has had many owners.  It was originally built in 1853 by the Baumgartner Brothers, sold to Joe Gena (who went on to operate the William Tell House in Madison) and then to S. Luchsinger and Henry Marty and eventually to the John Klassy family.  No one knows for sure, but with all the U.S. flags being carried and the band in the foreground this is likely a 4th of July celebration. 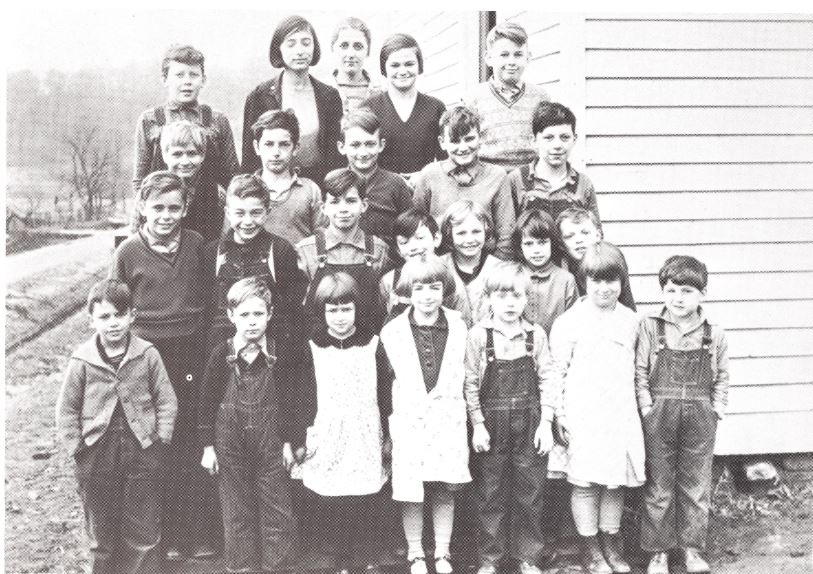 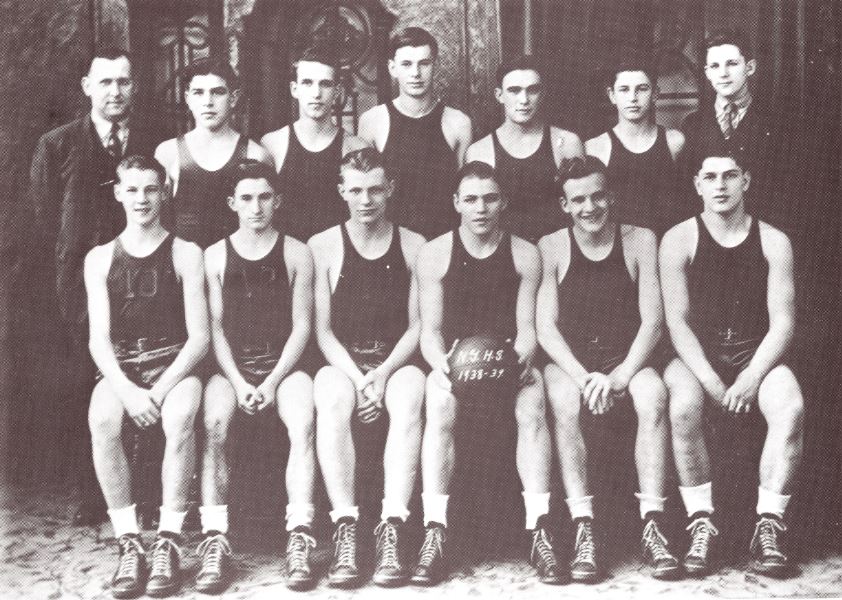 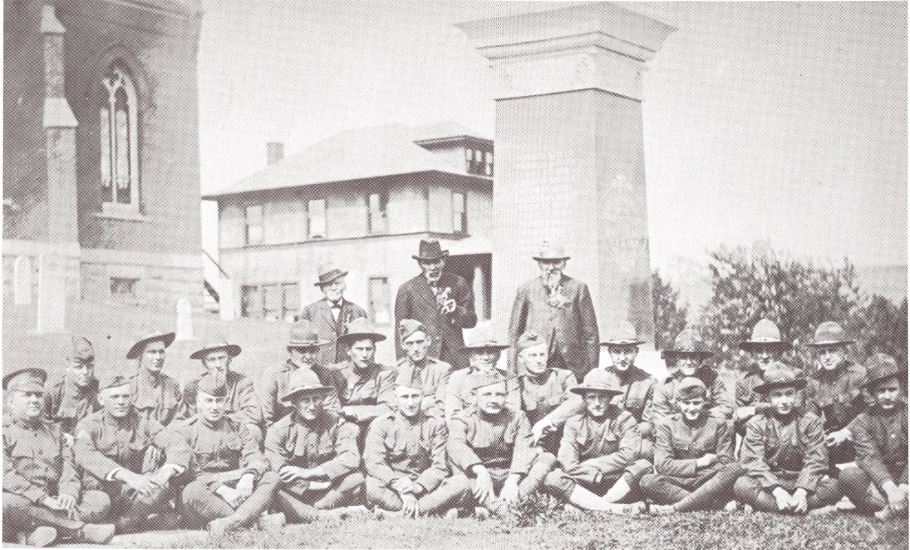 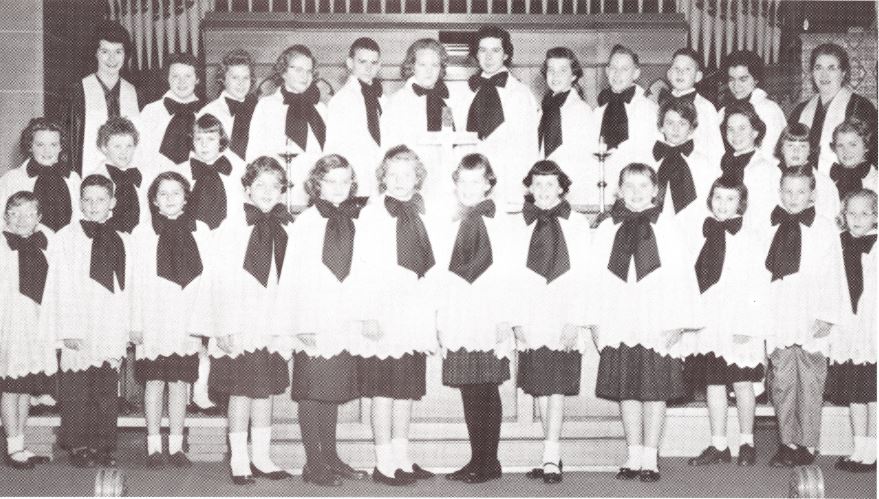