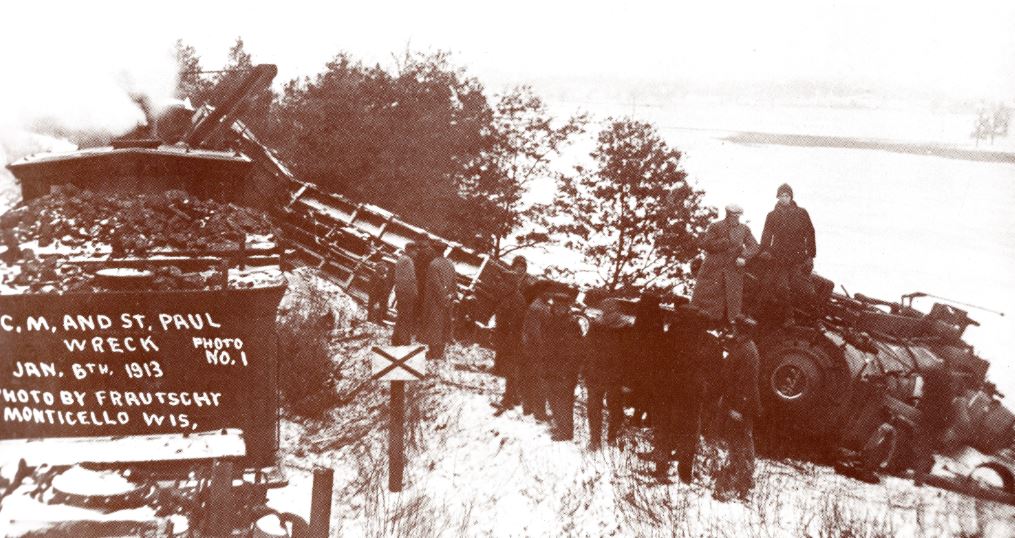 What an exciting beginning to 1913!  And from the looks of that engine this wreck must have been pretty spectacular.  Notice how small the engine was compared to modern day equipment. 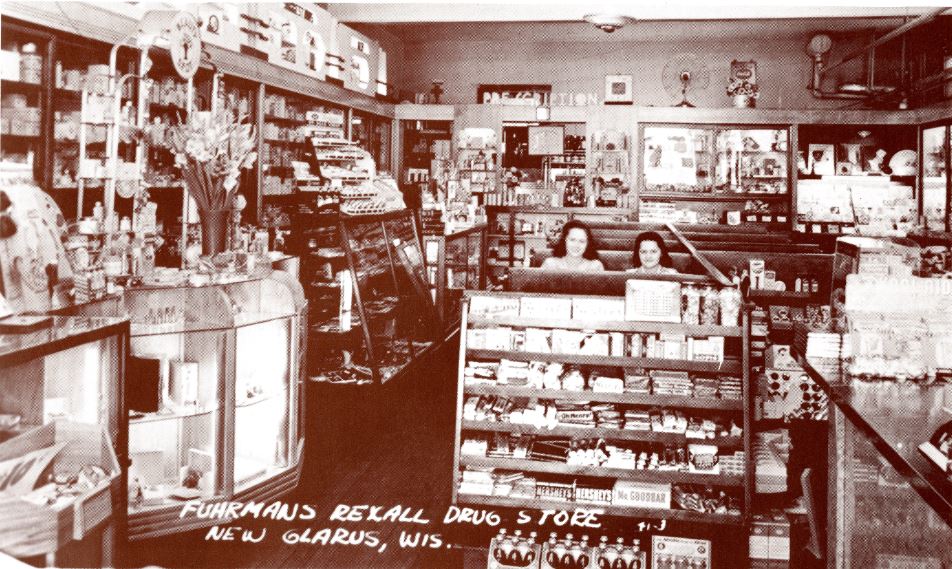 In 1938 at Fuhrmans Rexall Drug Store you could join Elaine Zweifel (Barlow) and Charlotte Bigler for a soda after school.  Note the fresh flowers on the counter and the Oh Henry, Hershey, and Mr. Goodbar chocolate bars in the case.

The streets of New Glarus were in need of regular maintenance.  This cement crew was near the Pet Milk plant on 2nd Avenue.  It looks like much of this equipment was steam powered with coal or wood as fuel.  Harry and Viola Saxer owned the house in the immediate foreground.  At the other end of the block, just beyond the mixer, you can see the facade of the blacksmith shop. 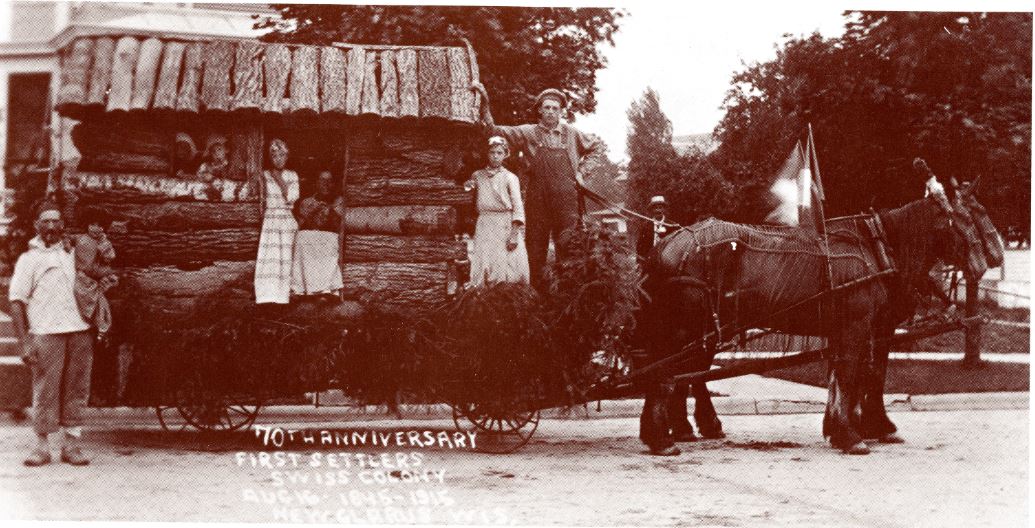 When floats were built to last, this beauty commemorated the first log houses of the early Swiss settlers.  Note the fly netting on the horses.  Each of those strands was made of thin leather, probably knotted or at least weighted to keep it in place while the horses were harnessed. 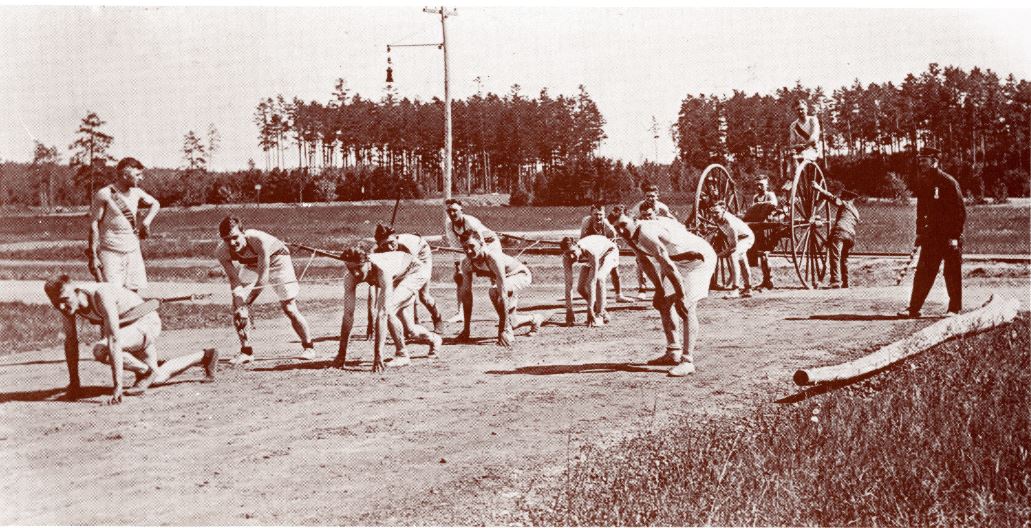 Imagine having to run with this rig to a fire and still have enough energy left to fight the fire!  And then drag the darn thing home.  Some of this original equipment is in residence at the Swiss Historical Village in New Glarus.  Our fire fighters still set up and scale the ladder with the old equipment on special occasions. 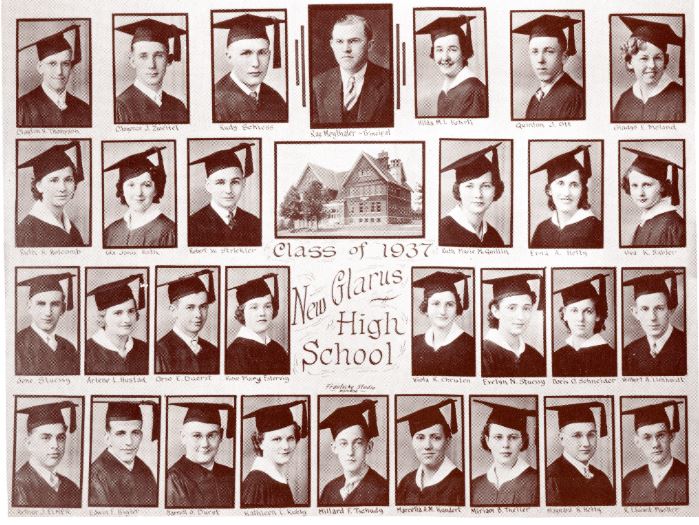 The New Glarus High School class of 1937.  Members of this class were teenagers during the Great Depression, in the front lines of World War II, then raised their families, and took up their business and community responsibilities. 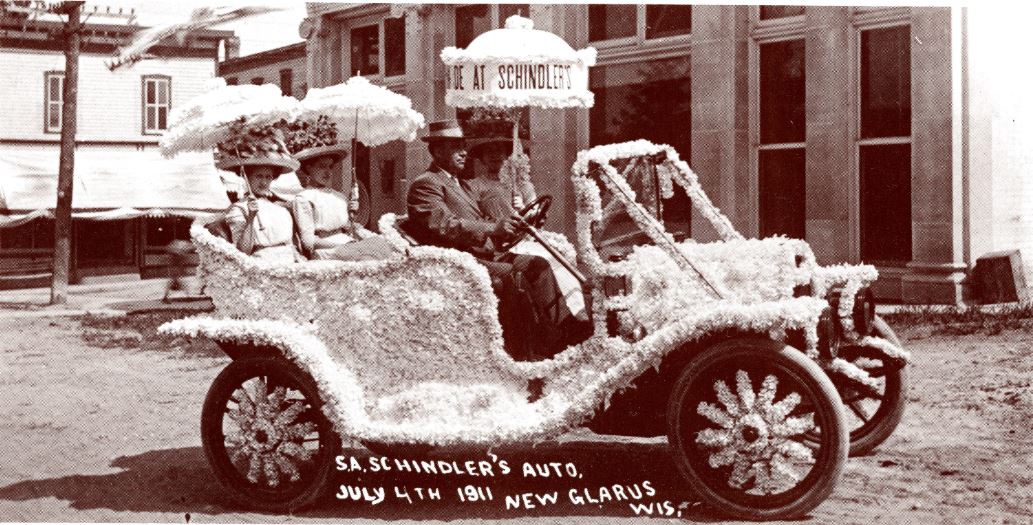 S.A. Schindler was the first President of the newly-incorporated Village of New Glarus, serving from 1901-1905.  Schindler was cashier of the Bank of New Glarus from 1921-1927.  He resigned that position to become Assistant Wisconsin State Treasurer.  His son, Dr. John Schindler, was the founding partner of the Monroe Clinic. 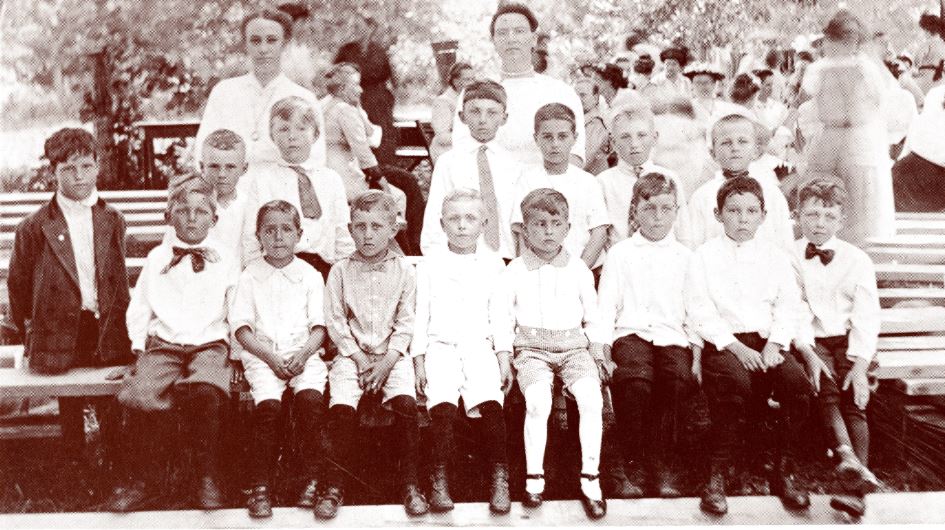 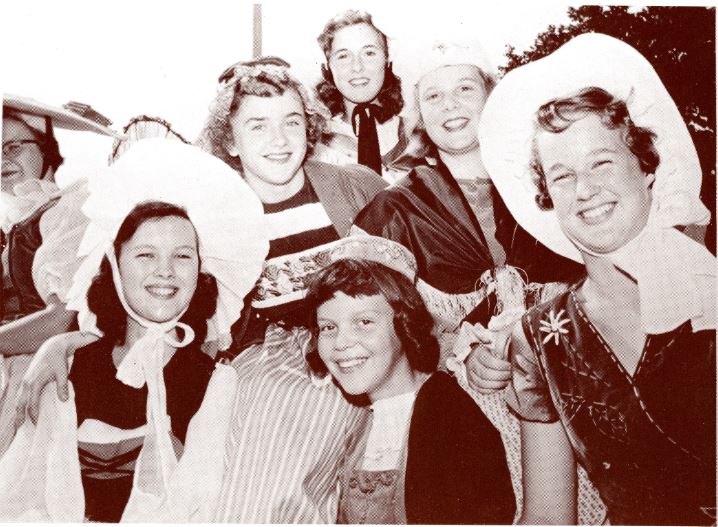 The traditional Swiss costumes have been donned for the Tell Drama performed each Labor Day weekend in New Glarus since 1938.  In this picture, taken in 1955, from left to right, in front: Lois Johnson, Mary Jo Freitag Kilpatrick, and Jane Meyers Martinson.  In the back row, from the left: Linda Schiesser, Janet Schneider, Beverly Bethke, and Patty Gardner Marty. 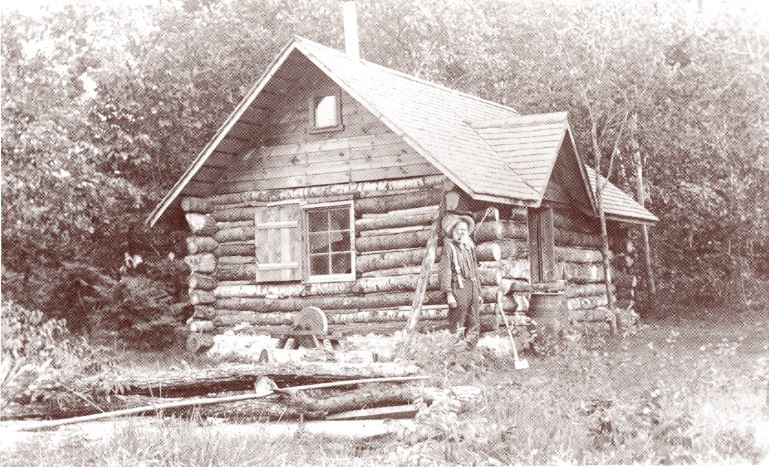 In last year's calendar we presented two pictures of the Gmur farm outdoor bowling alley.  In one of those pictures the players are seated against a log building.  This is that building, in its prime, constructed and owned by Gottlieb Gmur, Herb Gmur's father.  The cabin, constructed in 1905, was used as the family residence for a year and a half until a new residence was constructed.  The building is still standing on the Elnora Gmur farm. 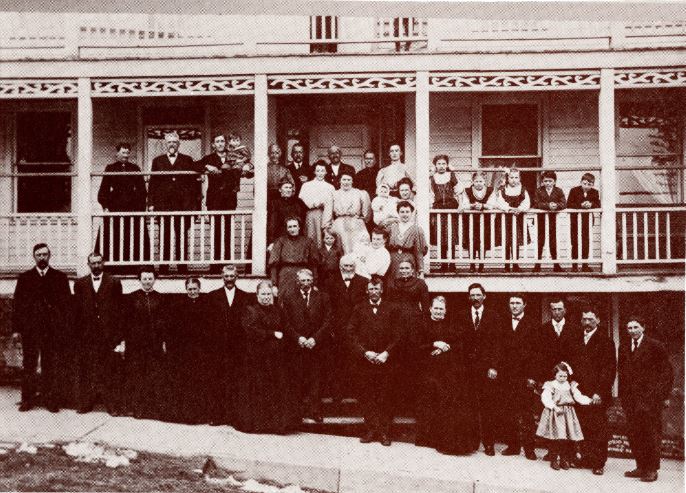