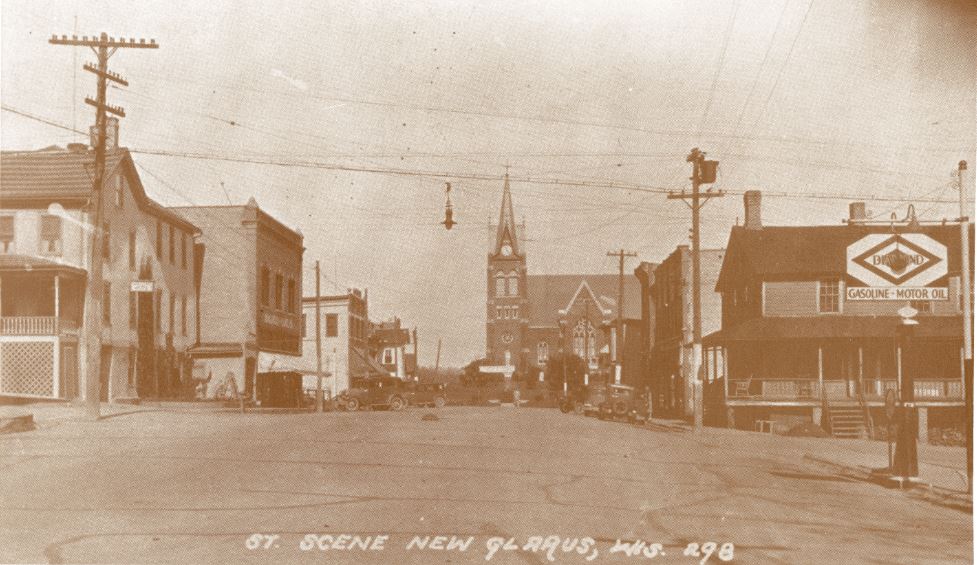 First Street from the corner of Sixth Avenue shows the New Glarus Hotel, the only building on the west side of the street still standing today.  This picture was taken before the balcony area was added to the Hotel building. 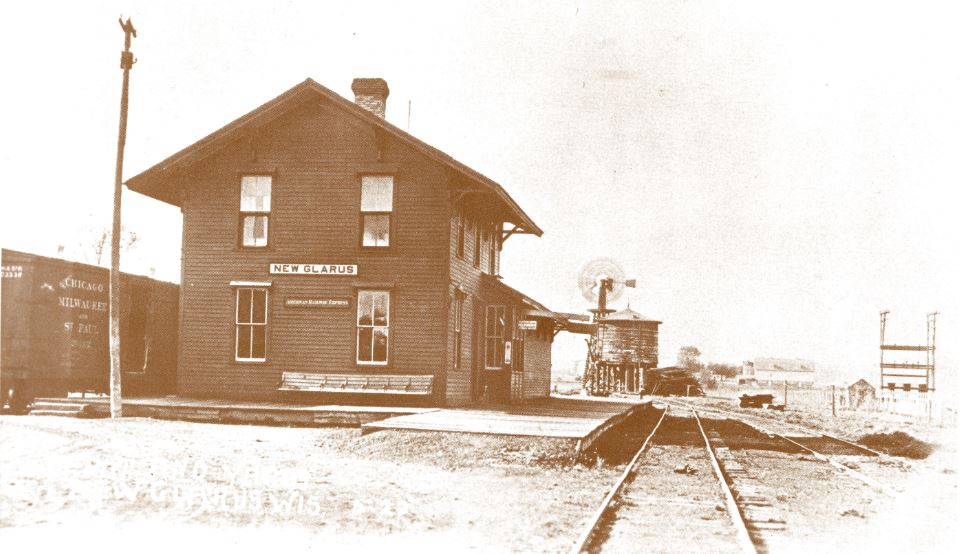 The old depot (sometime in the early 1920s) looked surprisingly like it does today, but it was an active working train station then.  Notice tracks on both sides of the depot.  New Glarus was the northern point of the train line, and there was a turntable near the depot to get the old steam engines turned around heading south. 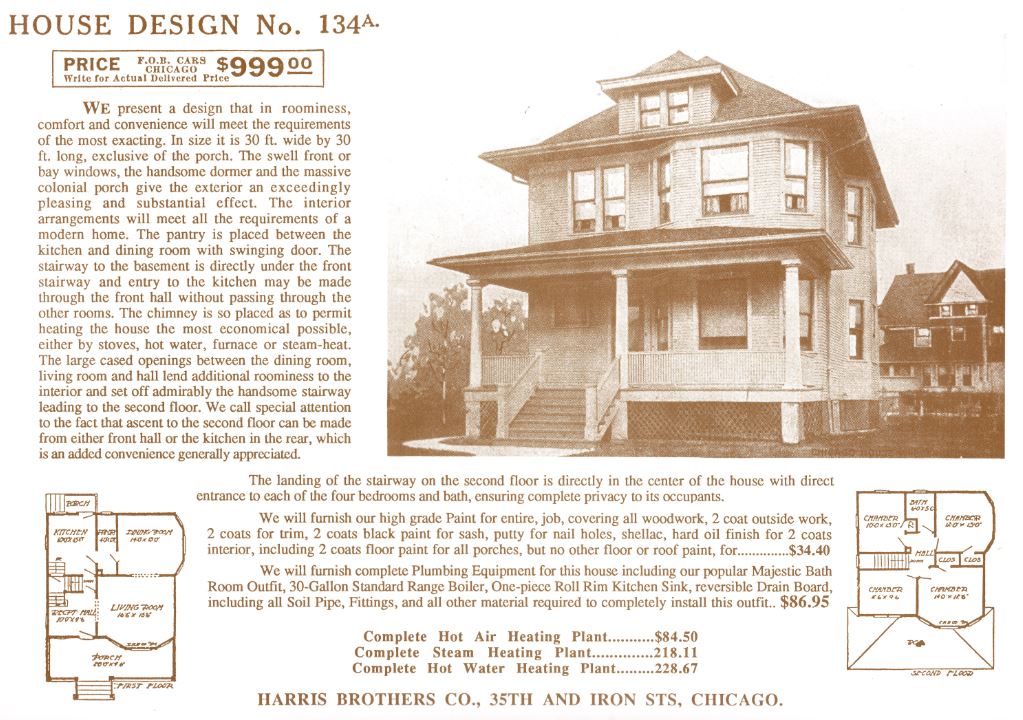 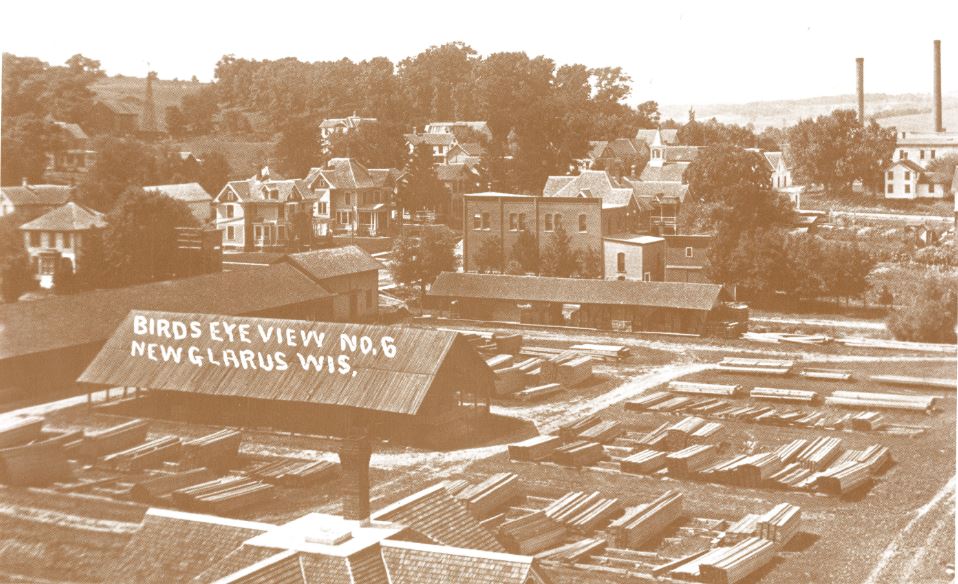 Looking north from Swiss Church, year unknown.  Notice the downtown village park was a lumber yard at the time. 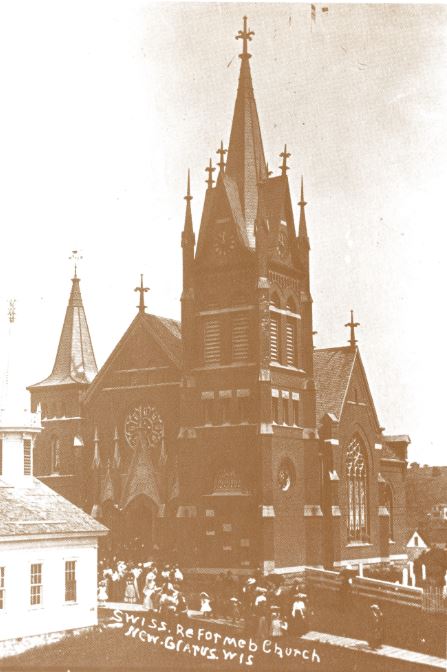 A wedding at the Swiss Church prior to 1922.  A close comparison of this picture with today's church will show many changes to the exterior.  Also note that the cemetery was still on the grounds. 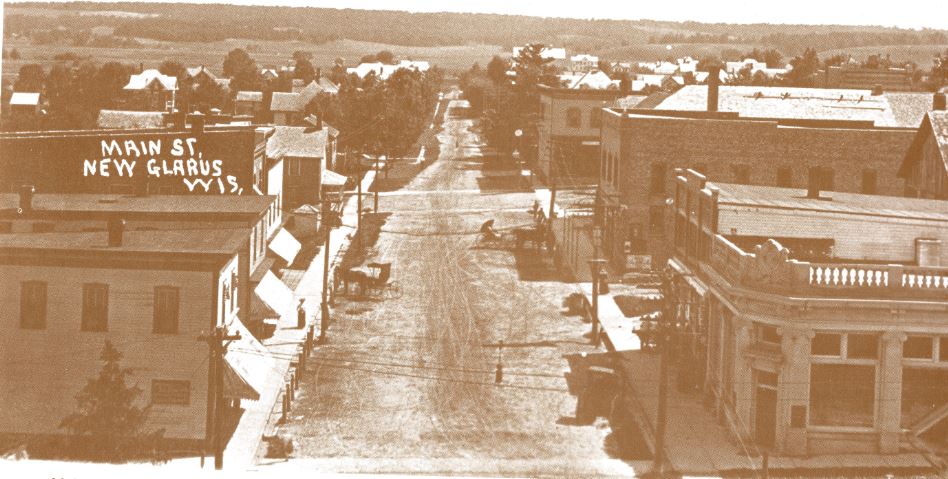 Main Street, or First Street, in this undated photo, shows the second Bank of New Glaurs building, built in 1910, which was on the site until the present bank was erected in 1969. 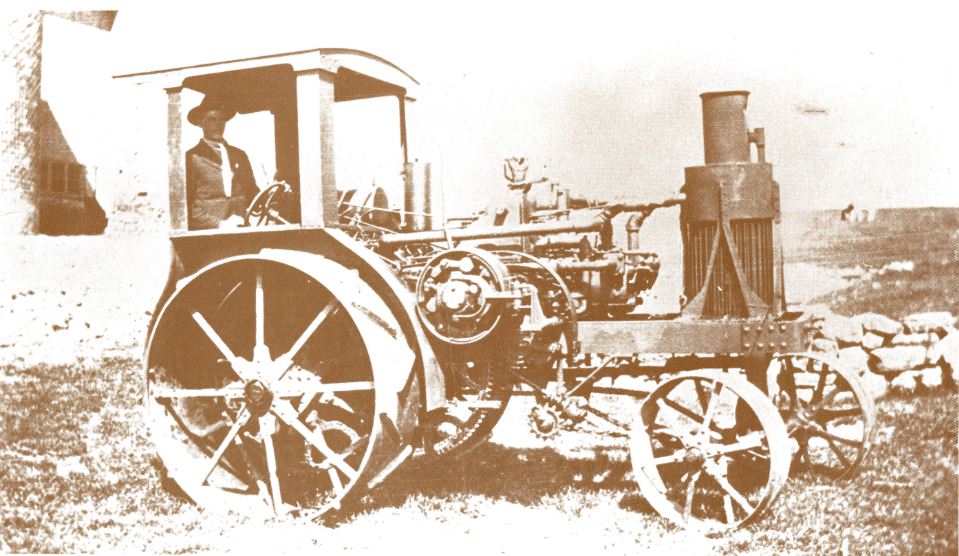 This photo shows Julius Elmer riding an Avery tractor on what was his father's farm near Postville.  We believe the photo was taken sometime between 1910 and 1918.  Julius passed away in 1987. 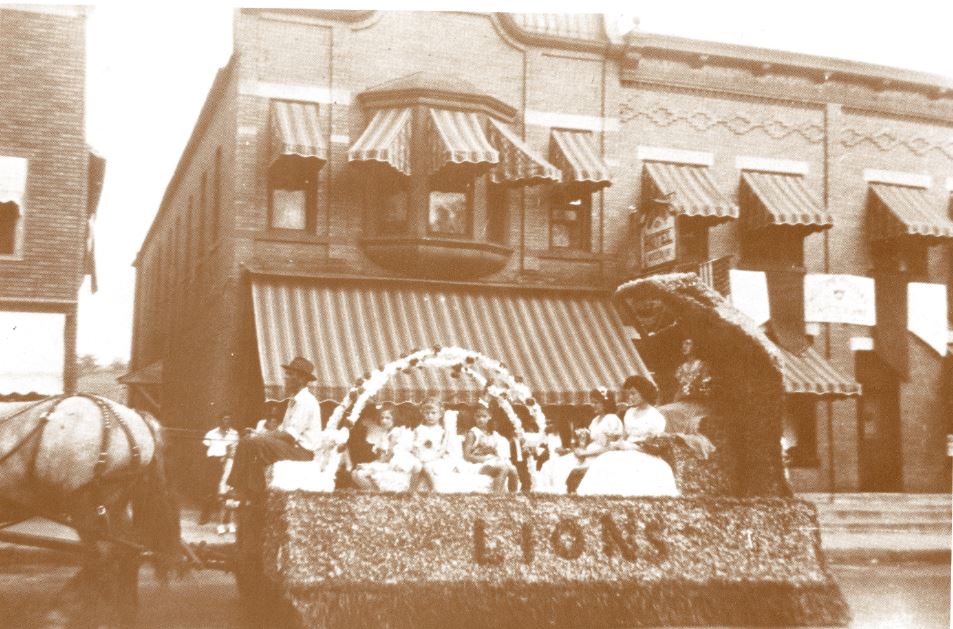 Centennial parade held in 1946 marked the founding of New Glarus.  The New Glarus Lions Club (founded 1941) participated in their first parade.  This photo was taken across from the Wilhelm Tell Supper Club and New Glarus Post buildings. 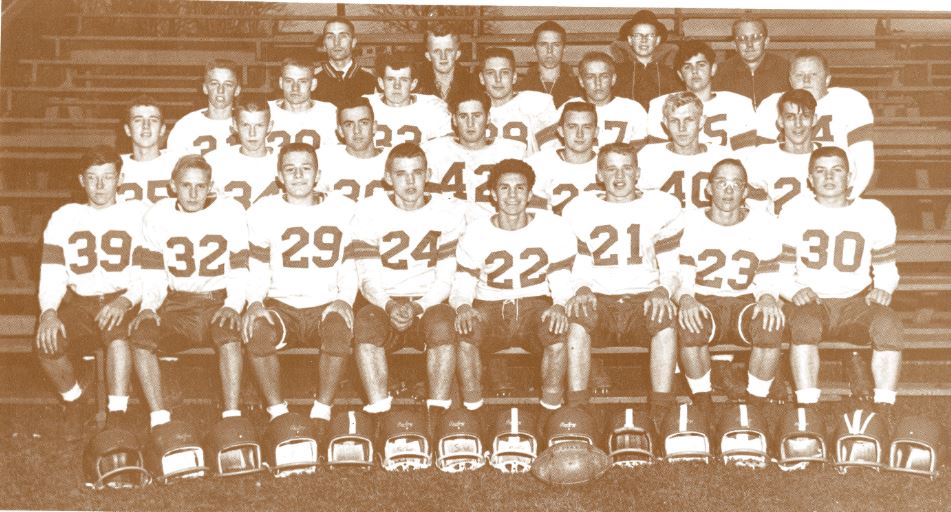 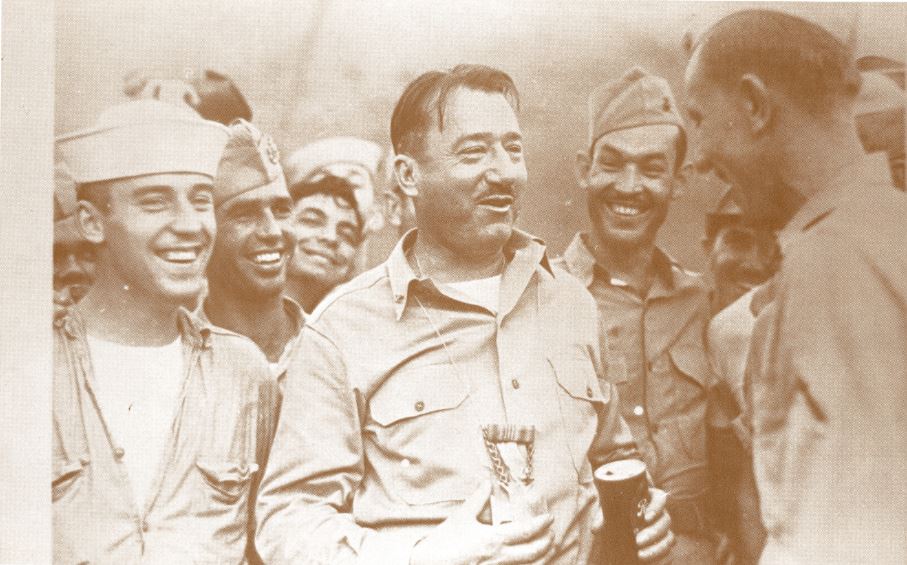 New Glarus native Walter Schindler became one of this country's most decorated war veterans when serving in the U.S. Navy during the 1942 Pacific campaign.  An aerial gunnery officer on the aircraft carrier Yorktown, Schindler flew in the carrier's famous attack on Tulagi Harbor, and in the ensuing battle of the Coral Sea, he personally destroyed at least one Japanese Zero.  He earned the Silver Star, Navy Cross, and several other citations.  Schindler went on to head the Naval Ordinance Lab in Washington D.C. after the war, and retired as a Vice Admiral. 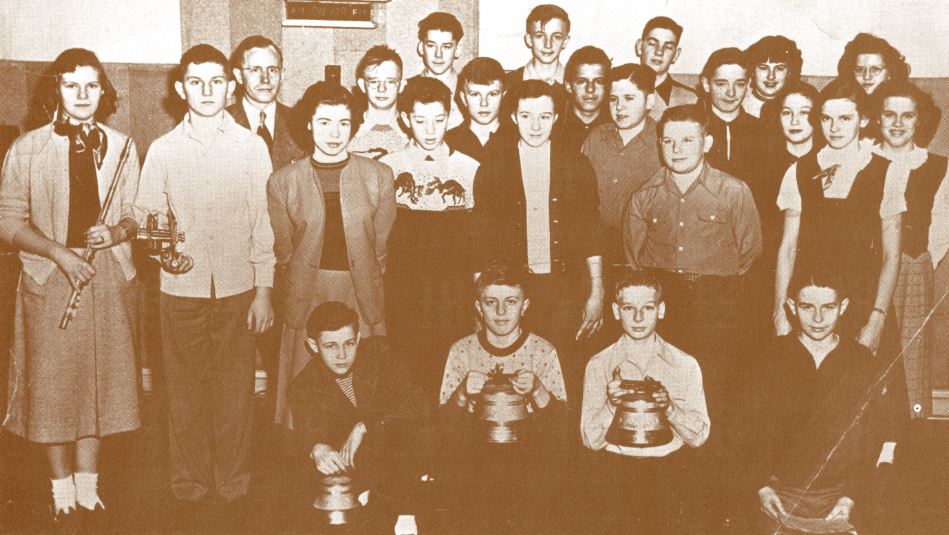