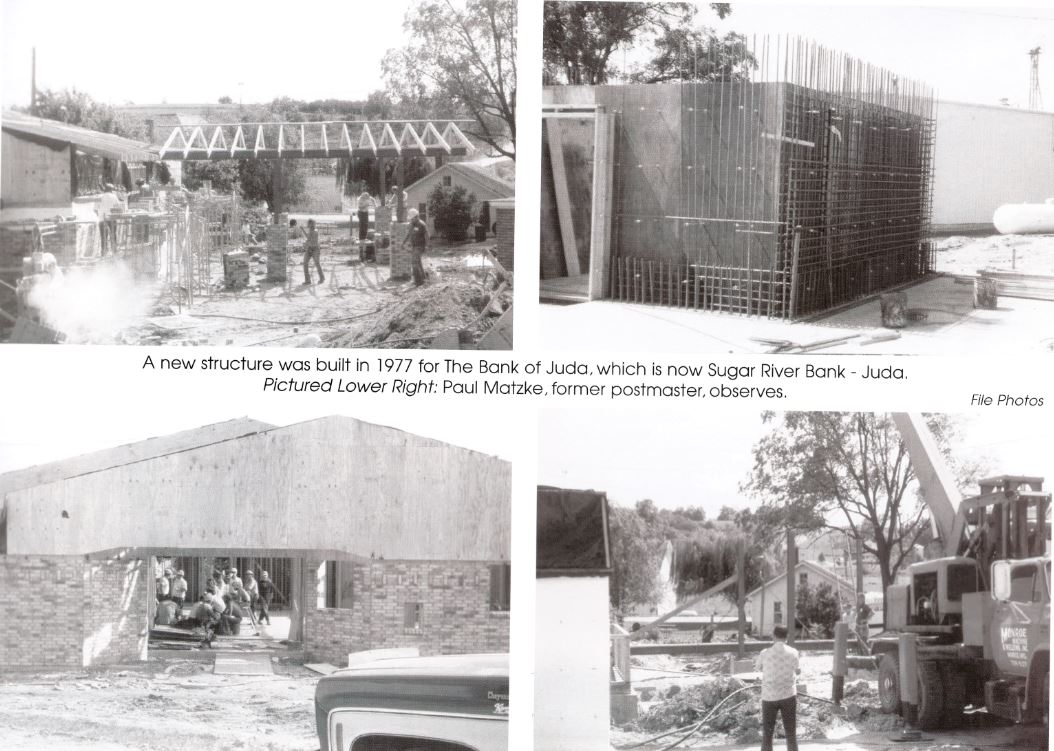 A new structure was built in 1977 for the Bank of Juda, which is now Sugar River Bank - Juda.  Pictured lower right: Paul Matzke, former postmaster, observes. 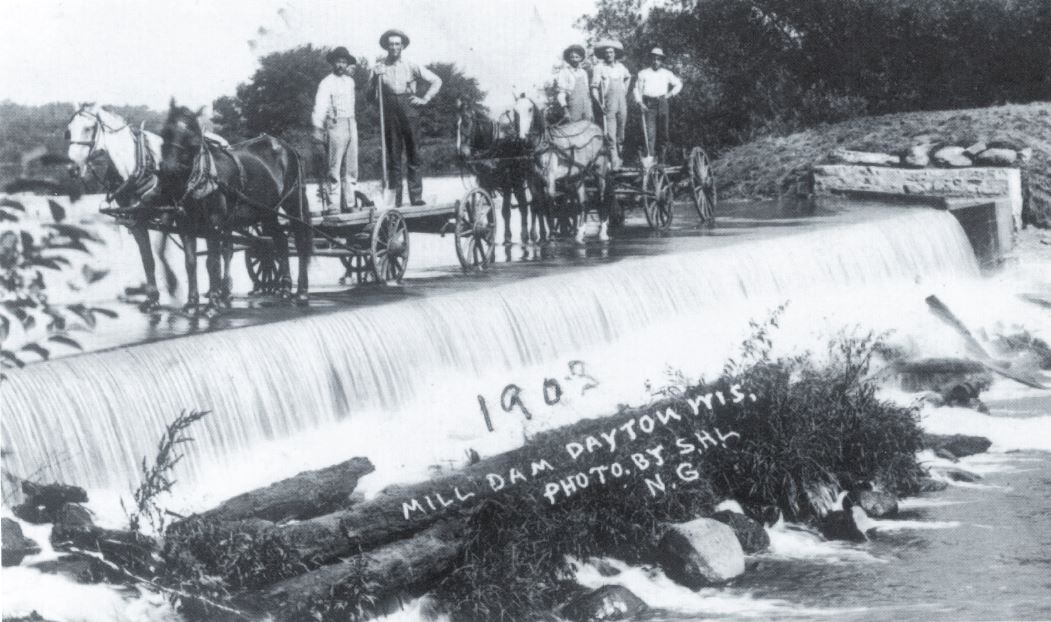 THe Mill Dam in Dayton was located just upstream from the current bridge over the Sugar River.  Typical mill dams of the era had a gradual slope from the pond to the dam which was made of wood.  This allowed horse teams to cross to a field on the other side of the river.  The photo, dated 1903, shows Henry Schuler, Charlie Richardson, John Cordes, Jim Cunningham, and Charles Dix. 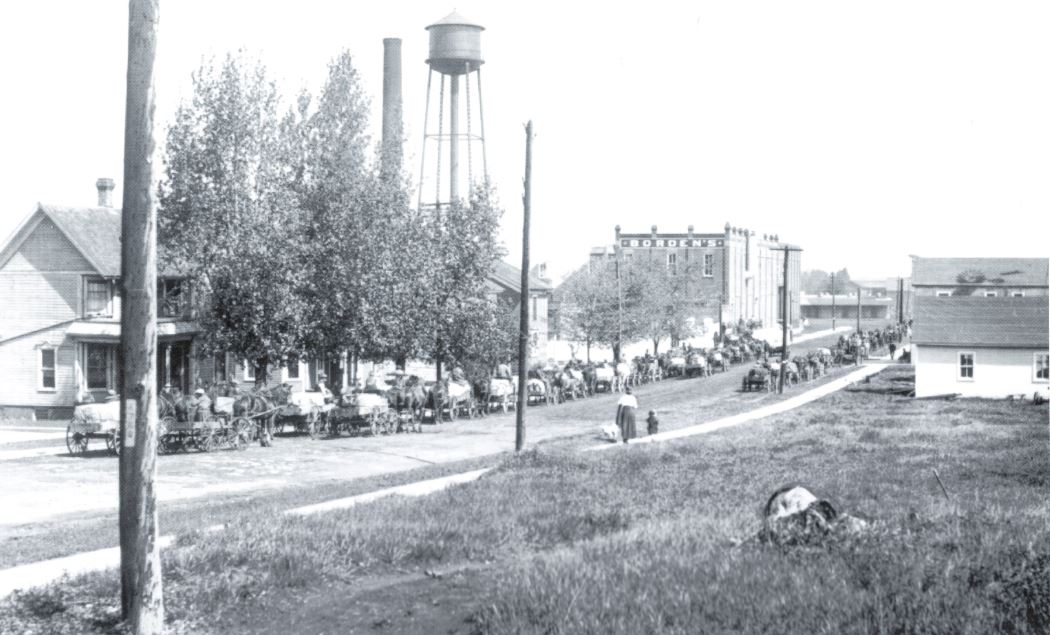 Located on 17th Avenue on the north side of Monroe, the Borden's Milk building was built in 1889 for the Wisconsin Milk Condensing Company.  They operated it until 1901 when it became the Anglo-Swiss Milk Company.  In 1903, it was purchased by Borden's Milk Company and continued producing condensed milk for several years. 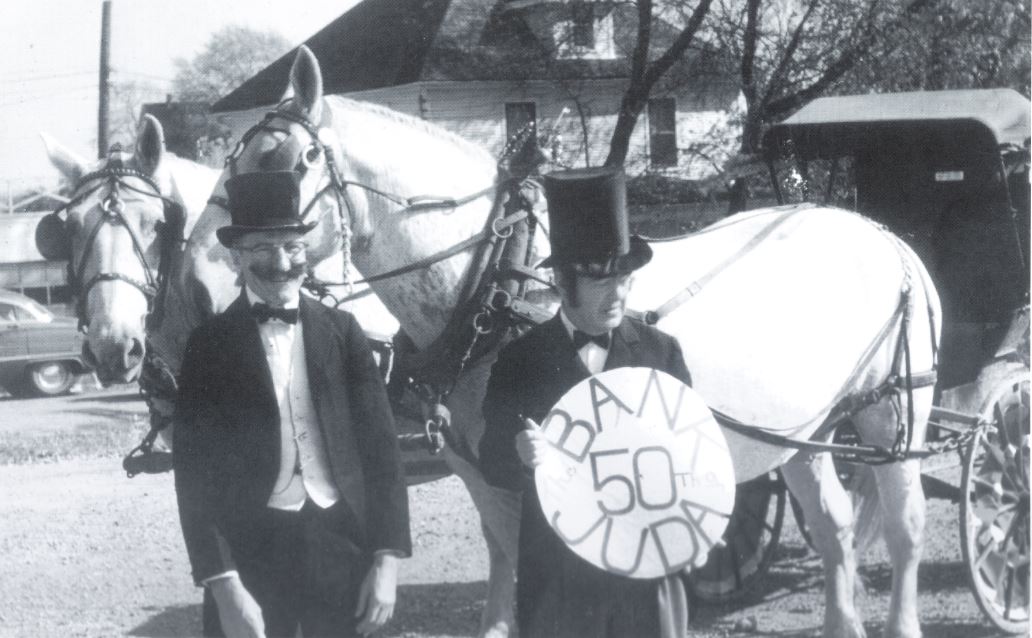 The Bank of Juda's 50th Anniversary was celebrated in 1953.  Bank of Juda merged with the Bank of New Glarus in 2008.  The house in the background belonged to Russell and Irene Carter.  The Juda School District is located approximately where the two men are standing.  Pictured left to right: Louis Lehnherr and Clarence (C.O.) Brunkow. 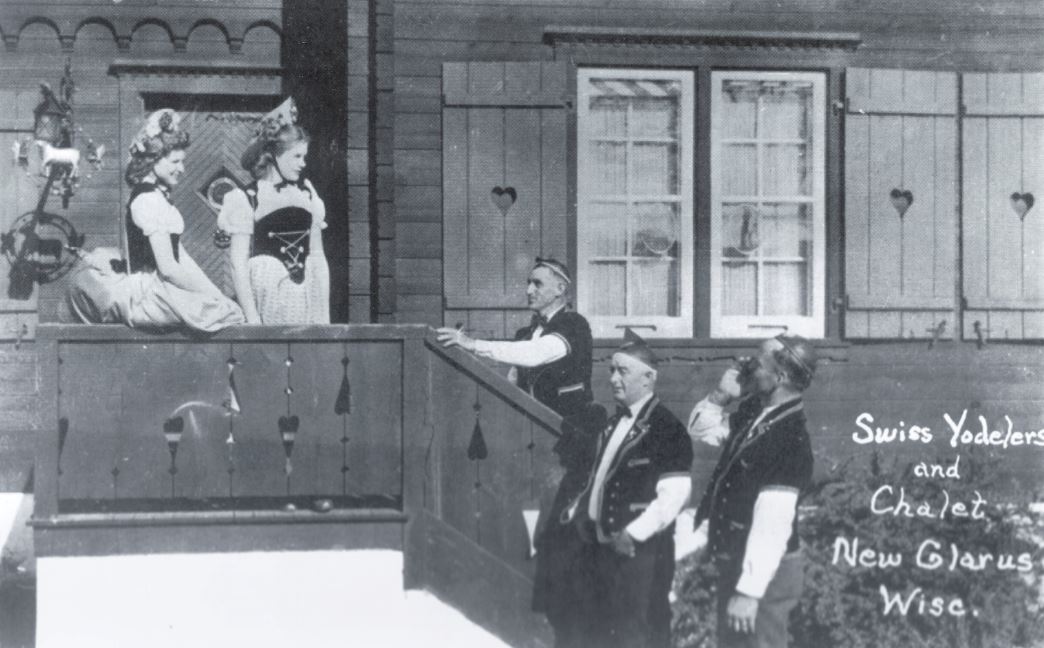 Part of a group preparing for a performance at the National Folk Fest in Cleveland, OH in 1946.  Pictured left to right: Dorothea Widmir, Anna Gempler, John B. Schneider, Jacob Amacher, Paul Grossenbacher. 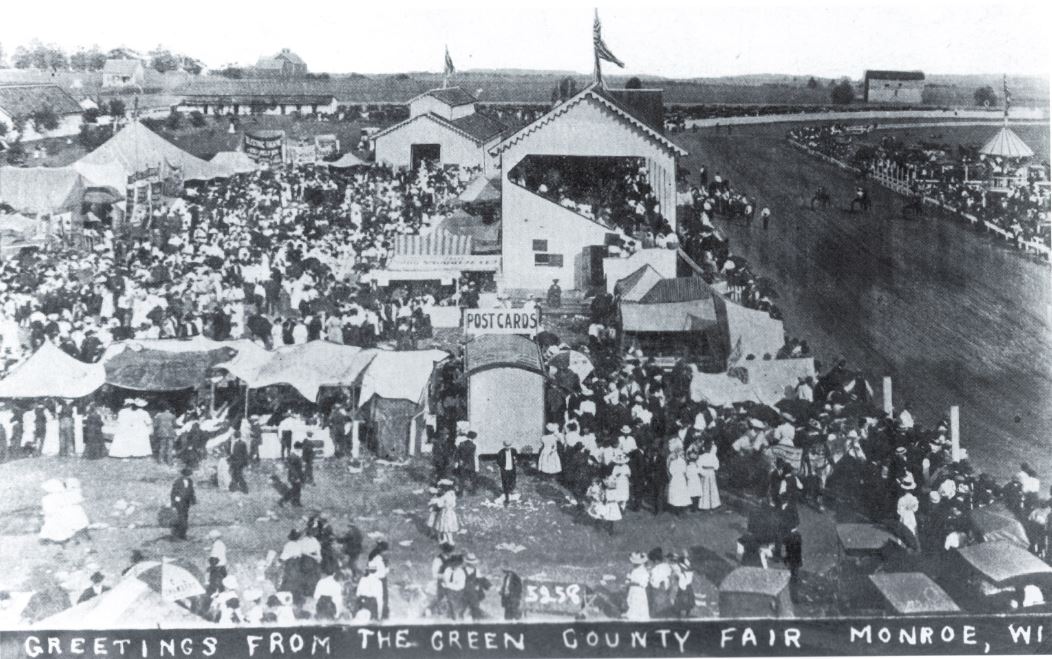 The Green County Fair began as the Agricultural Society Fair in 1853.  The Society purchased land north of Monroe in 1854 which was eventually sold and replaced by the current site of 13 3/8 acres for a cost of $1150.  The Green County Fair continues to be a popular and important event today.

The Colony Foods pickle factory in Brodhead began in 1944 in the Roundhouse of the Milwaukee Railroad.  Additional buildings were added in 1947 near the old middle school where this photo was taken.  In the 60's, pickled baby corn was popular as well as pickled cucumbers.  The pickle factory closed in 1970. 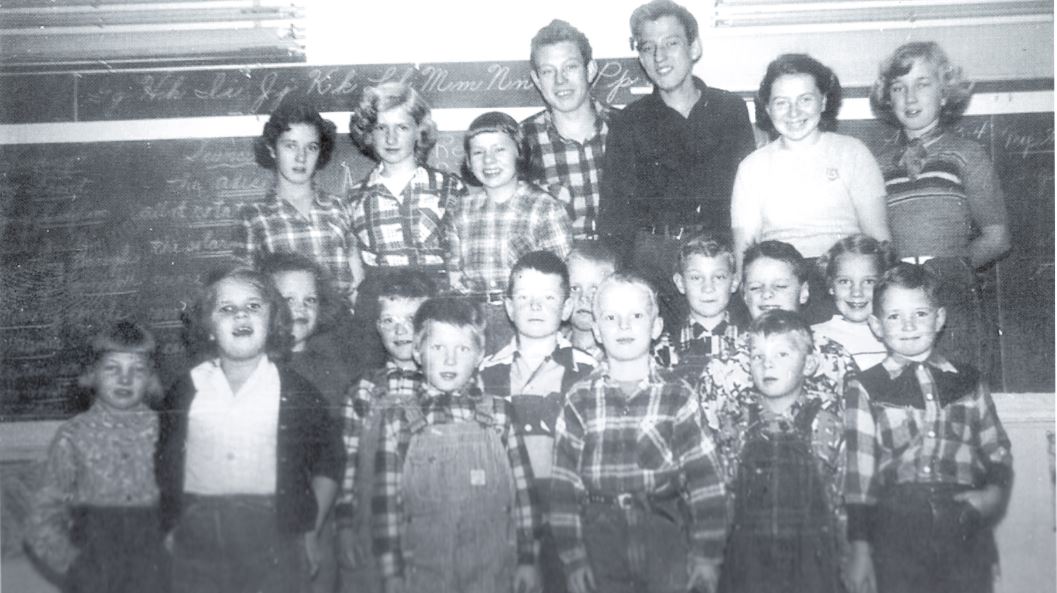 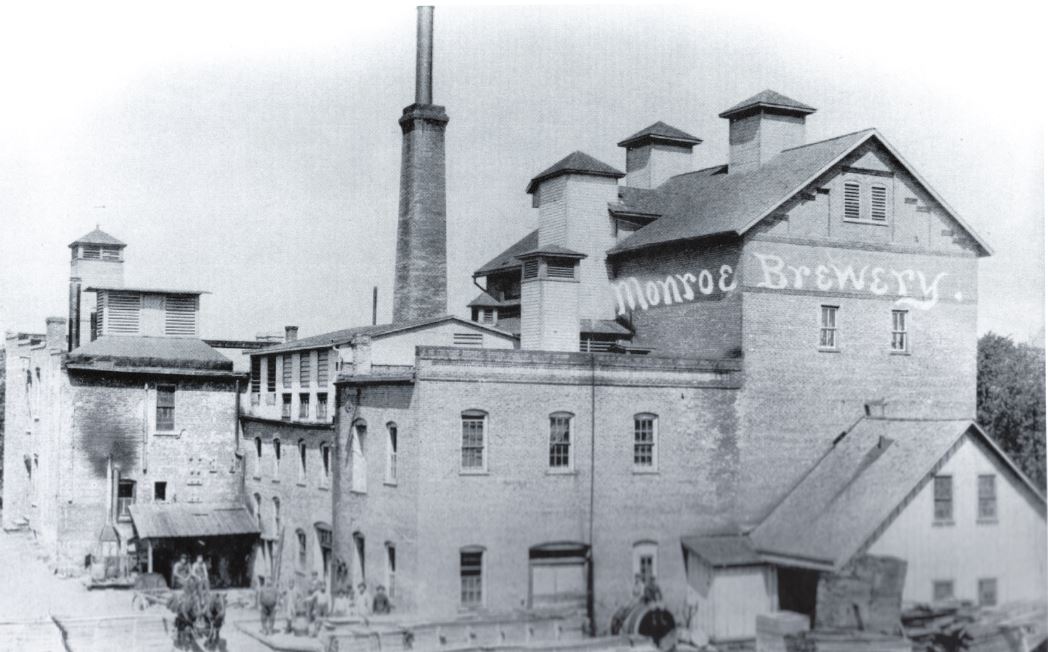 The brewery was founded in 1845 and soon became the Blumer Brewery.  In 1947, it became Huber Brewery and remained so until 2006 when it was purchased by Minhas Brewery.  It remains the oldest brewery in Wisconsin and the second oldest in the nation. 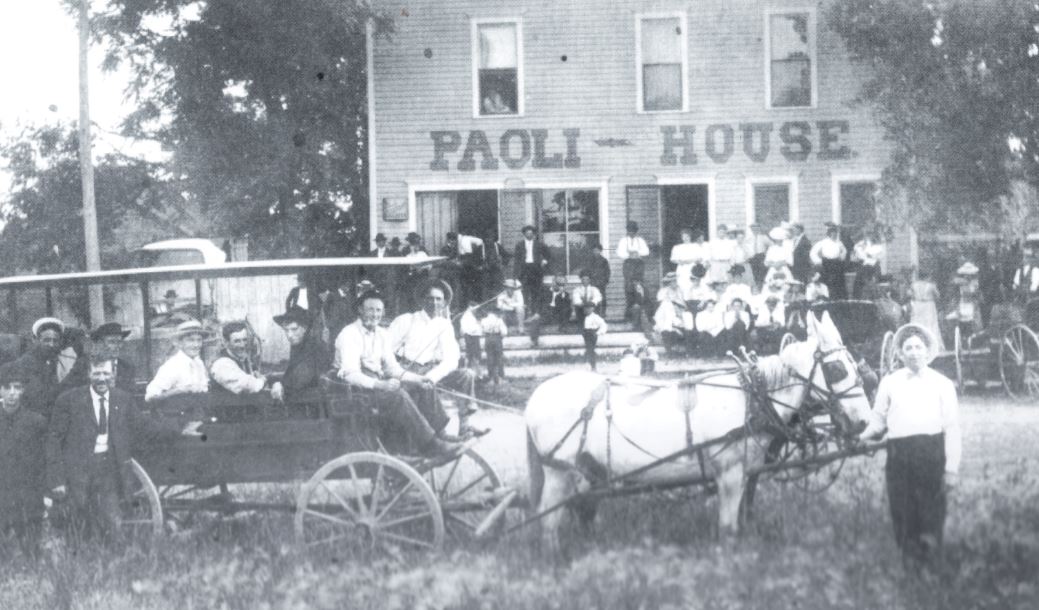 Paoli was founded in 1856 by Peter Matts and named after a town near his Pennsylvania birthplace.  By the mid-1870s, Paoli boasted a bustling gristmill, a cheese factory, two hotels, a couple of churches, a school, a saloon, a dance hall, a doctor, and several tradesmen.  Paoli House Hotel is now Paoli House Gallery.  A stroll through this historic Sugar River town takes you past stone buildings constructed before the Civil War and into shops offering work by contemporary artisans. 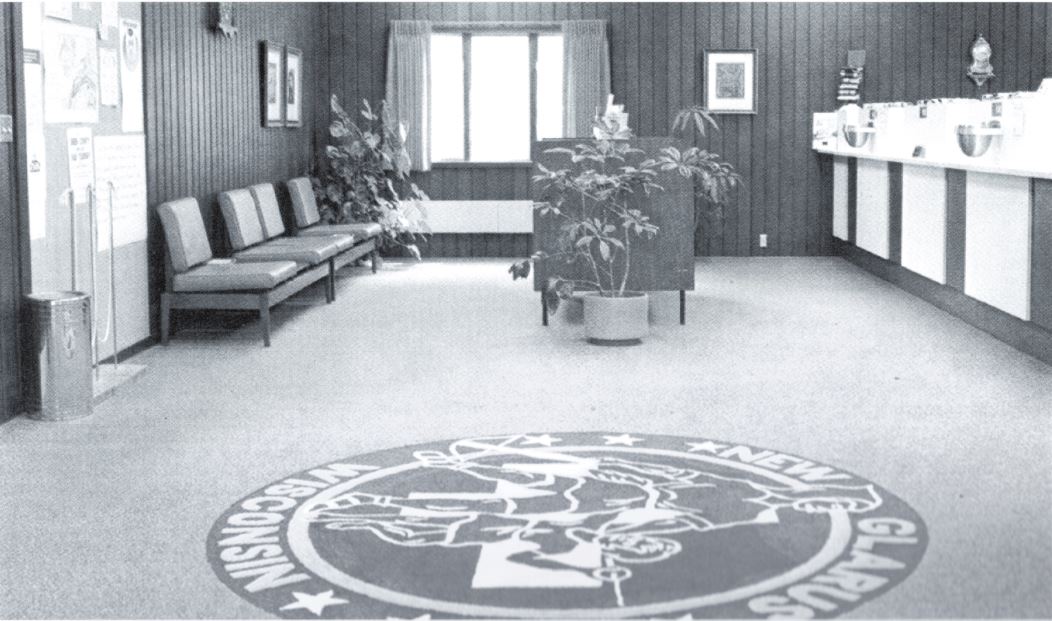 THe first official bank in New Glarus, the Bank of New Glarus was established in 1893 and was located at 113 6th Avenue.  In 1910, the bank moved to 501 1st Street, occupying a one-story concrete structure until 1969.  The building was then torn down and the current Swiss-style building was constructed.  THis photo shows the interior of the new bank showcasing the Wilhelm Tell & Son design in the carpet.  The Bank of New Glarus added a drive-up in 1978.  Sugar River branches were added in Brodhead (1995), New Glarus (2000), Belleville (2003), Juda (2008), and Monroe (2010).