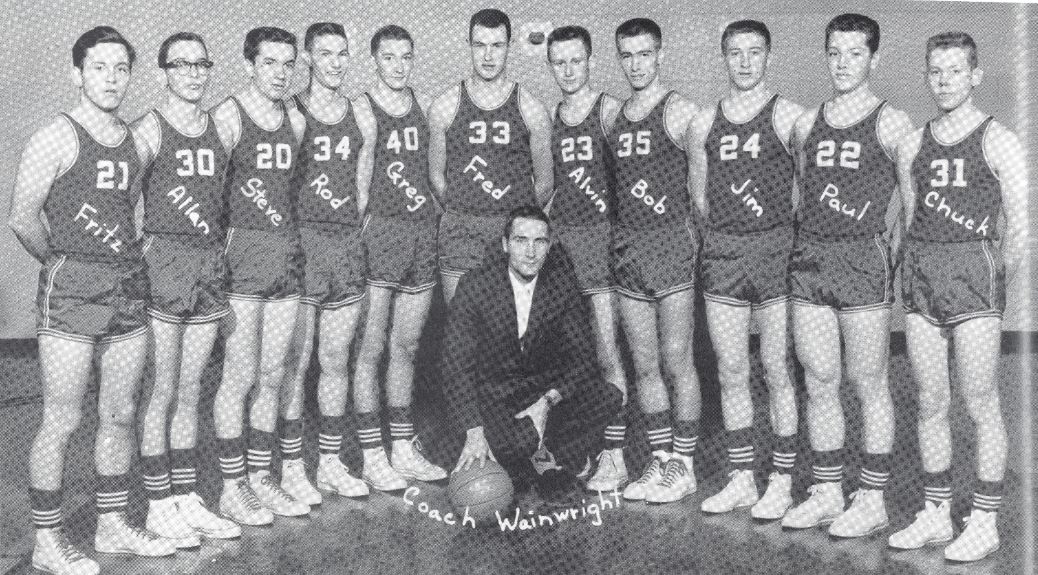 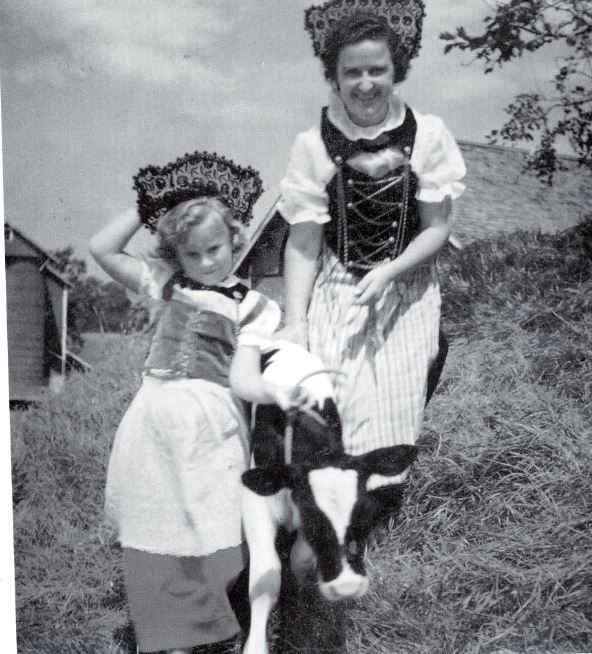 The photo of Elda and Linda Schiesser, taken in 1952, was featured in "This Week Magazine," a national Sunday newspaper supplement.  The article featured the Schiessers on their farm on CTH J, near Postville, along with information about New Glarus.  Linda and Elda have always been, and continue to be, great promoters and historians for New Glarus. 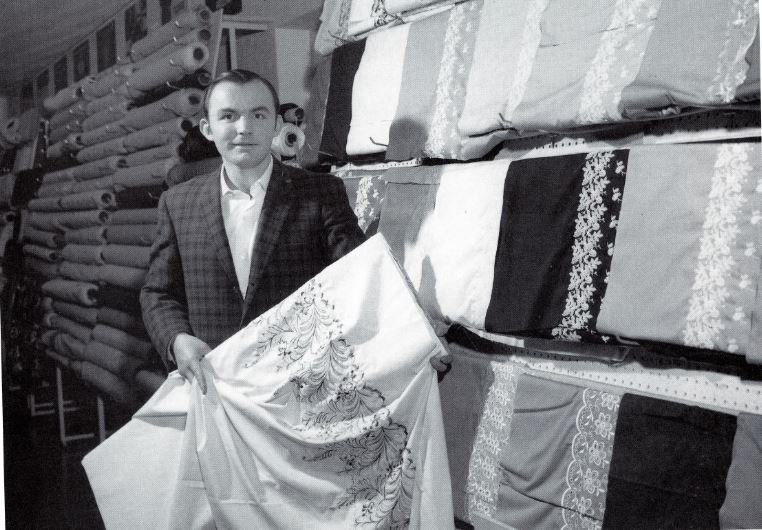 A.W. (Bud) Weiser shows off Swiss Miss Embroideries.  This photo was featured in the February/March 1963 edition of McCall's Piece Goods magazine.  The article was entitled "Business by the Busload." The Swiss Miss Embroidery Factory was built in 1924 by Swiss who imported the embroidery machines.  In 1935 A.W. Weiser (Bud's father) took over the factory and created another "tourist attraction" for New Glarus.  The Swiss Miss Textile Mart was built in 1960 on Highway 69.  An addition was added in 1970 and is now home to the Bank of New Glarus. 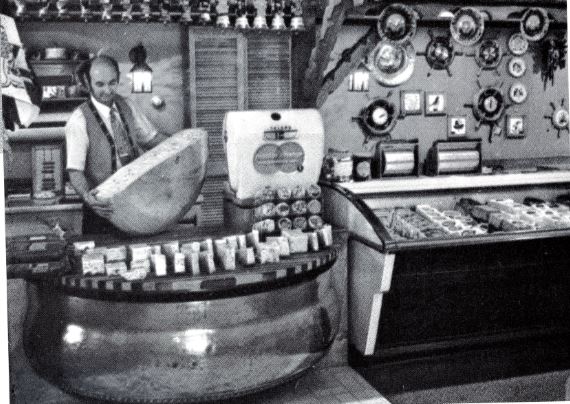 Dick Voegeli purchased the Swiss Maid in 1966.  The building was constructed by Bob Strickler in 1960 and now is home to the New Glarus Veterinary Services.  The location on the new Highway 69 proved an excellent spot for travelers to purchase Green County cheeses, Stricker's Sausage, and other Swiss specialties. 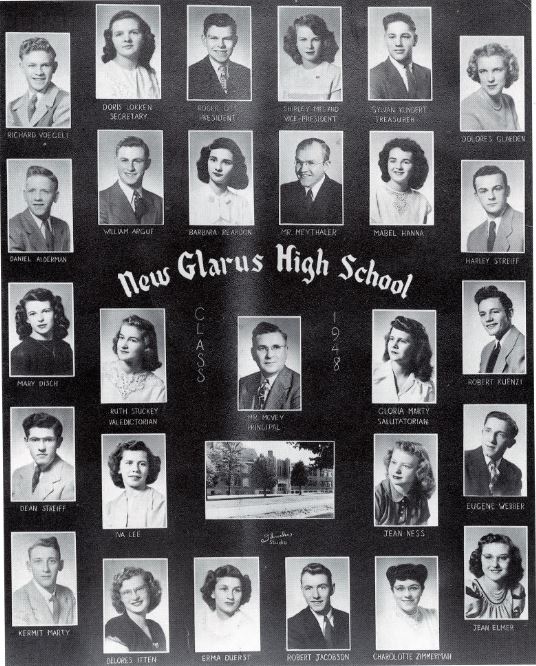 Bill Abendroth sent this photo from Highland, IL asking for help identifying the house.  His father, Herbert, was born in this house in 1924.  Since then, the house has been changed and its location is uncertain.  If anyone can identify the home and location in New Glarus, it would be greatly appreciated. 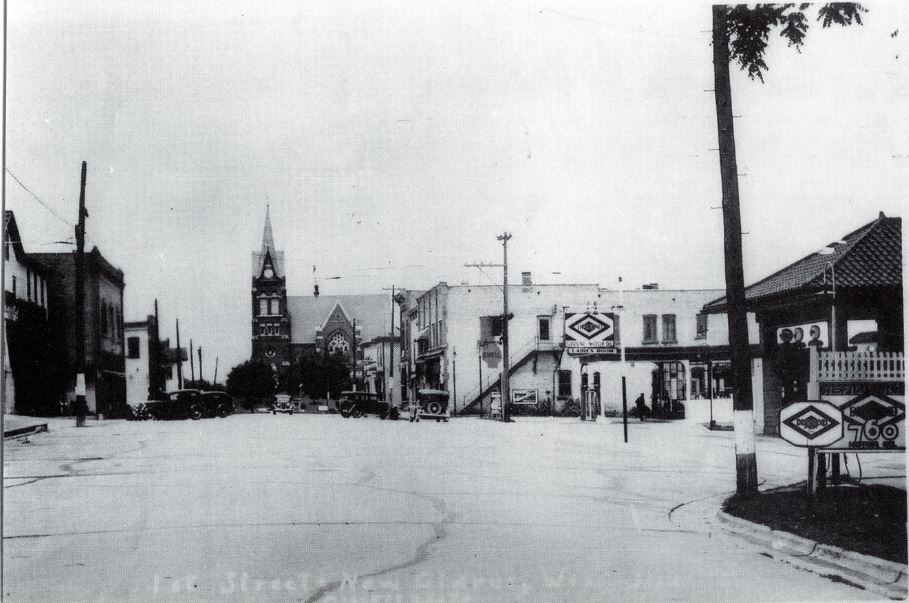 This photo of downtown New Glarus (ca. 1920) shows the corner of 6th Avenue and 1st Street, each with a gas station.  In the late 70s and early 80s the gas stations were replaced with stores. 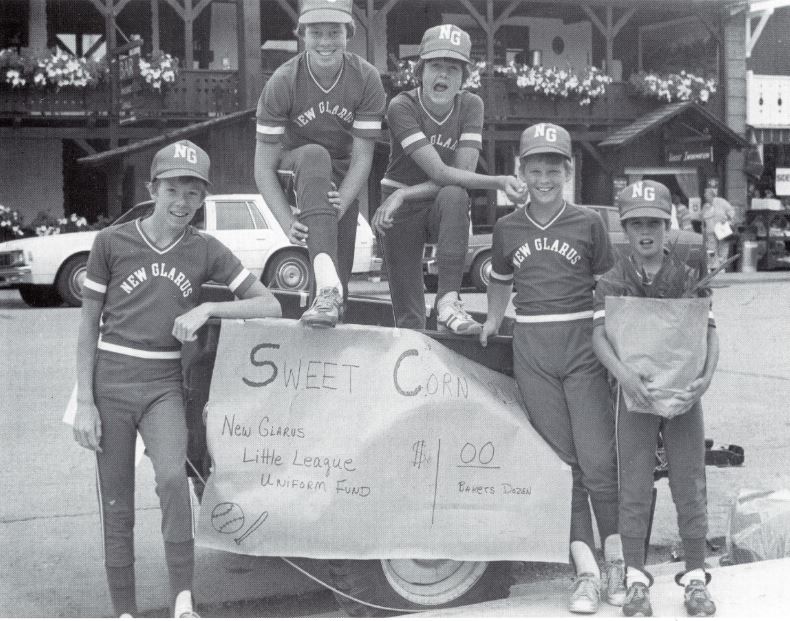 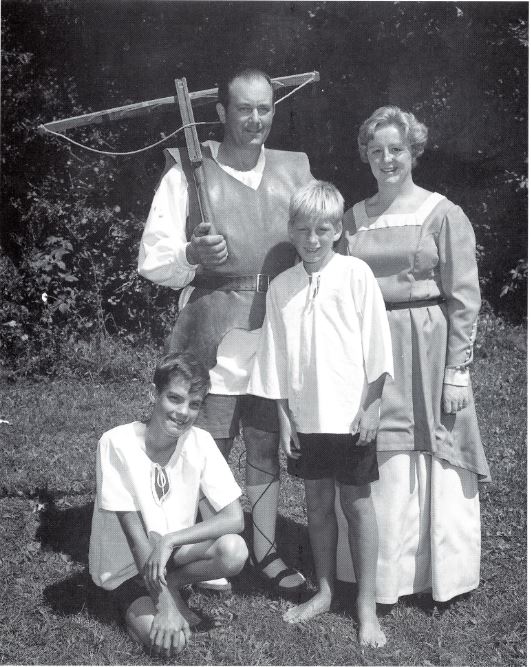 One of many Wilhelm Tell "families," this group (1966) features Clayton Streiff as Tell, Marilee Steffen as Hedwig Tell, Steve Stettler as Walter (kneeling), and Pete Ott as Tell Jr. 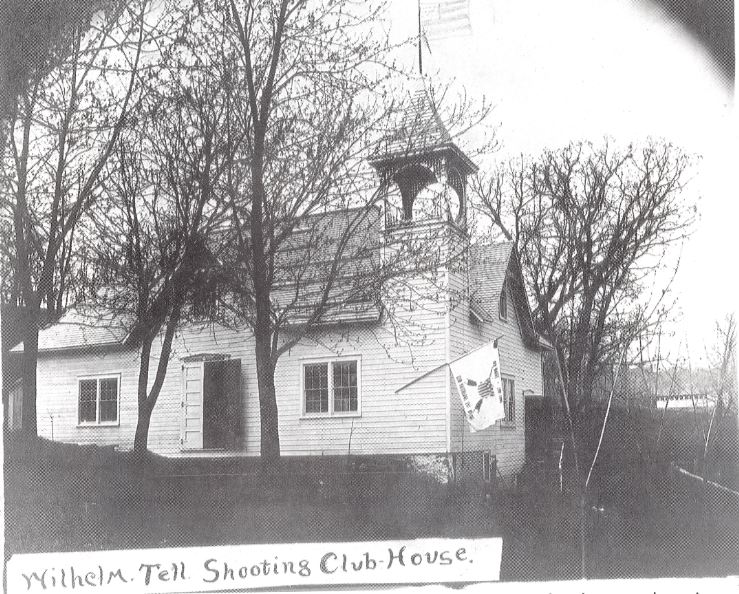 The Wilhelm Tell Shooting Club House, commonly referred to as the "shooting barn," underwent restoration in the 2000s.  This photo shows the steeple.  The target range is visible in the distance.  The property is owned by the Wilhelm Tell Guild and the restoration work was under the leadership of New Glarus Vision. 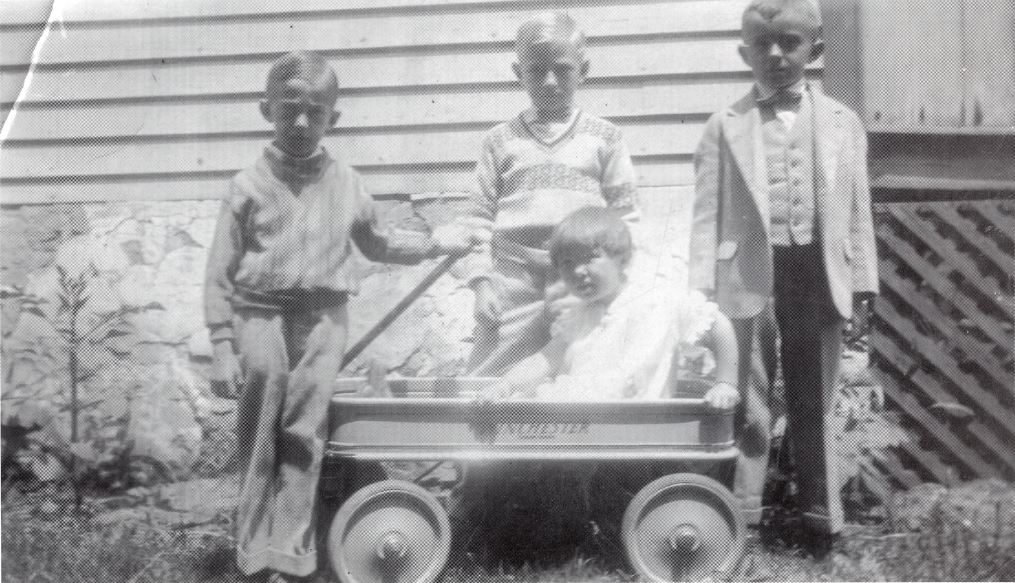 Friends posed for a photo:  Millard Tschudy, Gene Stuessy, Gerry Disch, and Lucille Disch Hartman.  Millard owend and operated Tschudy Store.  He was also an avid historian of New Glarus.  Gene Stuessy was Vice President at the Bank of New Glarus and served on the Board.  Gerry was on the Board of Directors for the Bank of New Glarus for many years, as well as co-owner of Disch Hardware.  Gerry's sister Lucille and her husband George Hartman were partners in Disch Hardware.  Lucille was involved in many community projects, most notably an organizer for the first public pool. 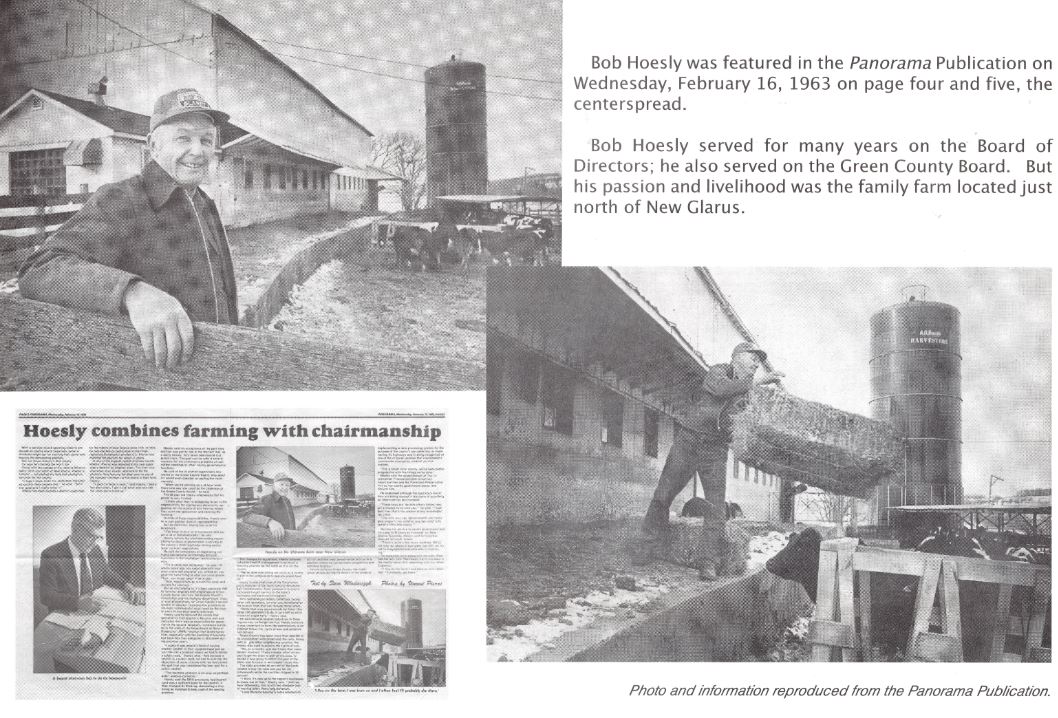 (Photo and information reproduced from the Panorama Publication)

Bob Hoesly was featured in the Panorama Publication on Wednesday, February 16, 1963 on pages four and five, the center spread.  Bob's passion and livelihood was the family farm located just north of New Glarus.