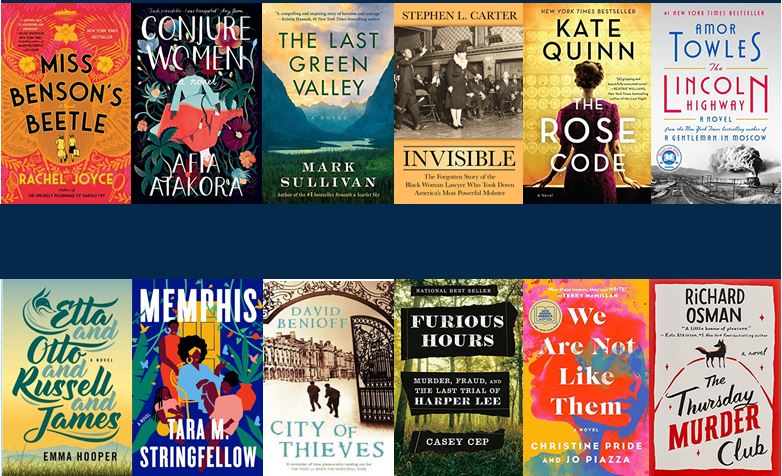 The votes have been tallied and the results are in!  These are the books we'll be discussing in 2023:

April 11th: Invisible: The Forgotten Story of the Black Woman Lawyer Who Took Down America's Most Powerful Mobster by Stephen L. Carter

May 9th: The Rose Code by Kate Quinn

July 11th: Etta and Otto and Russell and James by Emma Hooper

November 14th: We Are Not Like Them by Christine Pride & Jo Piazza

Book club meets on the second Tuesday of each month at 6 PM.  (The February 2023 meeting has been moved to February 7th due to Valentine's Day.)  Regular and large print copies of the books are available for checkout beginning approximately one month before the scheduled discussion date.  All interested adults are welcome to attend.